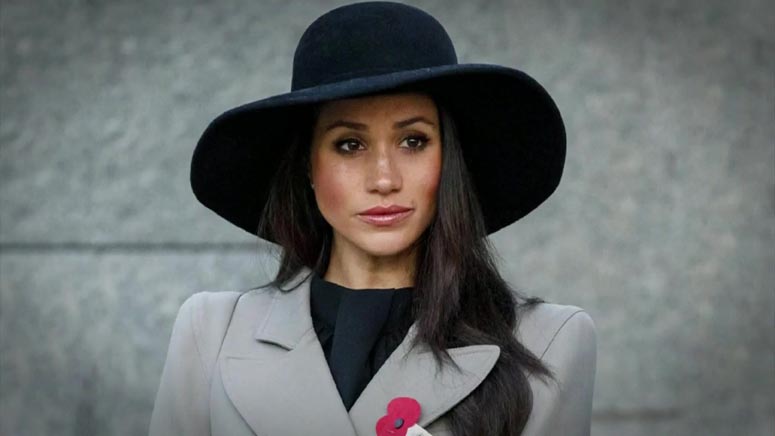 LONDON (AP) — The Duchess of Sussex will receive a nominal 1-pound ($1.35) payment for invasion of privacy plus undisclosed damages for copyright infringement, under an agreement that ends her long-running dispute with Britain’s Mail on Sunday over the tabloid’s publication of a letter she wrote to her father.

The terms were reported by the Guardian newspaper on Wednesday, 10 days after Associated Newspapers Ltd., publisher of the Mail on Sunday, decided to forego further appeals and published a statement acknowledging that the U.S.-born duchess, formerly known as Meghan Markle, had won her lawsuit.

The Mail on Sunday’s statement, which appeared Dec. 26, said “financial remedies have been agreed” but provided no details. The undisclosed damages for copyright infringement will be donated to charity. The tabloid will also shoulder legal fees.

The settlement marks the end of a lawsuit filed after the Mail on Sunday published a series of stories in 2019 based on a personal letter Meghan wrote to her estranged father after her marriage to Prince Harry.

“I think they just kind of cut their losses,’’ said Mark Stephens, a London attorney who wasn’t involved in the case, citing the seven-figure legal fees incurred by both sides. “So I think it probably was right of both parties to draw a line in the sand and … close this particular case.”

The newspaper’s lawyers disputed Meghan’s claim, arguing that she crafted the letter knowing it might be seen by the news media. Correspondence between Meghan, 40, and her then-communications secretary, Jason Knauf, showed that the duchess suspected her father might leak the letter to journalists and wrote it with that in mind.

After a lower court rejected the Mail’s arguments, the newspaper took the case to the Court of Appeal.

In the appeal, Associated Newspapers also argued that Meghan made private information public by cooperating with Omid Scobie and Carolyn Durand, authors of “Finding Freedom,” a sympathetic book about her and Harry.

The duchess’ lawyers had previously denied that she or Harry collaborated with the authors. But Knauf testified that he gave the writers information and discussed it with Harry and Meghan.

The information provided a dramatic twist in the long-running case. In response, Meghan apologized for misleading the court about the extent of her cooperation with Durand and Scobie.

The duchess said she didn’t remember the discussions with Knauf when she gave evidence earlier in the case, and had “absolutely no wish or intention to mislead the defendant or the court.”

Meghan described her Court of Appeal win in December as “a victory not just for me, but for anyone who has ever felt scared to stand up for what’s right,” as she issued a call to “reshape a tabloid industry.”

Meghan and Harry have attracted intense media scrutiny ever since the earliest days of their relationship, which linked the second son of Britain’s Prince Charles with a U.S. television star.

In early 2020, the couple announced that they were quitting royal duties and moving to North America, citing what they said were the unbearable intrusions and racist attitudes of the British media. They have since settled in California with their two young children.