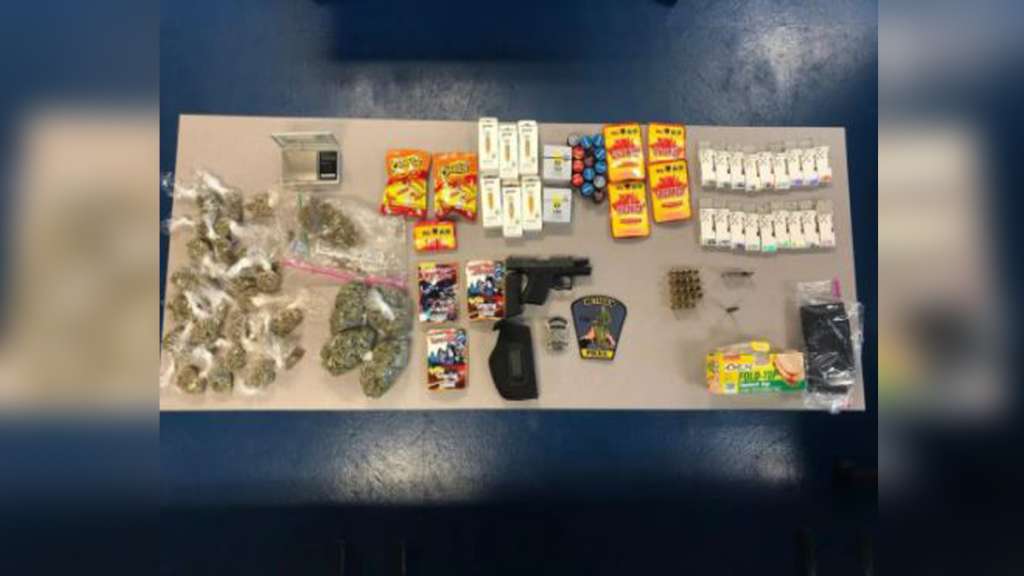 METHUEN, MASS. (WHDH) - A Methuen man is facing a number of drug and firearm-related charges after a traffic stop uncovered drugs and an illegal gun.

An officer pulled Cristian Lugo over on Oakland Avenue around 6:45 a.m. after the officer said he abruptly stopped to allow him to turn off of Emsley Terrace, according to police.

While searching Lugo’s registration, the officer discovered it had been revoked for lack of insurance, and that Lugo had an active warrant for his arrest.

A loaded Glock 43 9mm handgun, was located in the center console, police said.

Marijuana packaged for sale, a scale, sandwich bags and black vinyl material bags, which are typically used for distribution of narcotics, THC vape cartridges, extracts and oils, marijuana edibles and 24 additional 9 mm bullets and one .223 caliber bullets, were also found inside Lugo’s car.

He is expected to be arraigned in Lawrence District Court.