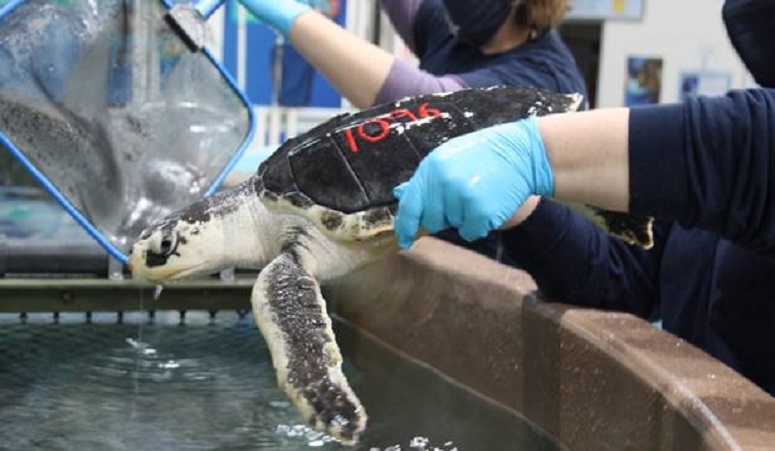 BOSTON (WHDH) - The New England Aquarium sent 25 rehabilitated turtles to be released back into the wild off the coast of North Carolina.

The turtles spent the past four to six months at the Aquarium’s Sea Turtle Hospital in Quincy before being flown to N.C. by volunteer pilots with the nonprofit organization Turtles Fly Too on Tuesday morning.

The turtles are set to be released into the warmer waters off Fort Macon State Park in N.C.

“It is so rewarding to see many of these turtles returning to their home,” said Adam Kennedy, senior biologist at the Aquarium.

Since October 2020, the Aquarium admitted 569 sea turtles for rehabilitation with 15 turtles remaining at the Quincy facility.

They will be released off Cape Cod over the summer.