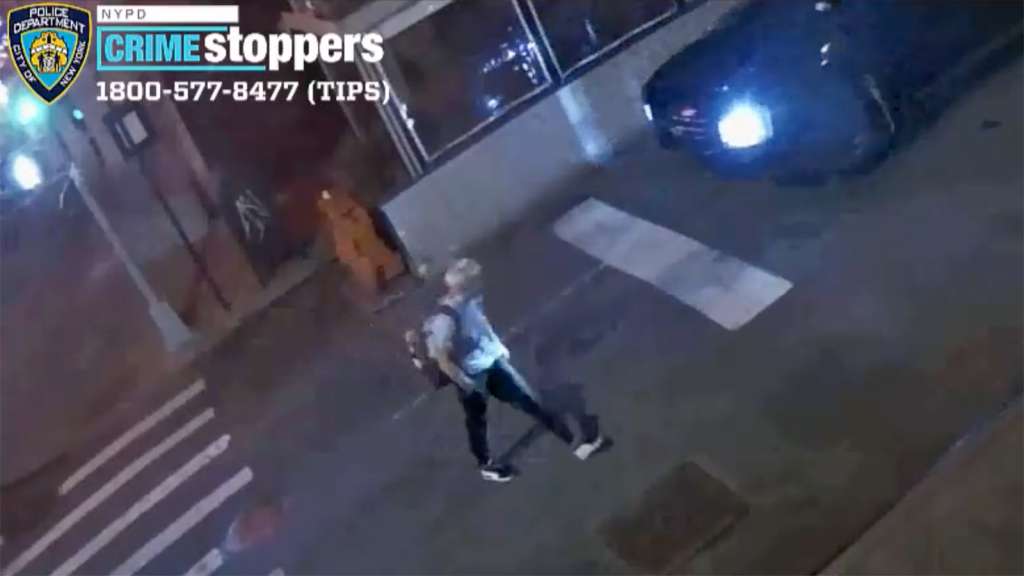 The NYPD are searching for a man who reportedly attacked Asian women in seven separate incidents over the weekend in Manhattan. Credit: NYPD Crime Stoppers

(CNN) — A New York man was arrested Wednesday night after allegedly assaulting seven Asian women in a span of about two hours over the weekend, according to the New York City Police Department.

CNN has not yet been able to identify an attorney for Zajonc and has reached out to the Legal Aid Society to inquire whether its lawyers are representing him.

The attacks took place from Midtown Manhattan down to the Nolita neighborhood between roughly 6:30 p.m. and 8:30 p.m. Sunday, according to police.

No statements were made before the attacks, and there was no prior interaction between the victims and the assailant, police said.

Police said the first victim, a 57-year-old Asian woman, was attacked near Madison Avenue and East 30th Street. A man struck her in the face before fleeing north toward 31st Street, police said.

The victim sought medical treatment at a nearby hospital for a cut to her lip and swelling to her face.

About 10 minutes later, police received another call about an assault near Fifth Avenue and East 30th Street. In this incident, the man punched a 25-year-old Asian woman in the face and the back of the arm before running off, police said.

Roughly five minutes later, police say a man punched a 21-year-old Asian woman in the face near Park Avenue South and East 23rd Street. The victim suffered a laceration and swelling to the mouth and was transported to an area hospital for treatment, police said.

The fourth assault took place just before 7 p.m. when a 25-year-old Asian woman was punched in the face in the Union Square area near Irving Place and East 17th Street, police said. The victim suffered a laceration to her face and a swollen lip but did not require immediate medical treatment.

About 15 minutes later, a 19-year-old Asian woman was approached by a man who elbowed her in the face in the vicinity of Union Square East and East 17th Street, police said. The man took off in an unknown direction.

The sixth and seventh attacks occurred in the Lower East Side. A man elbowed a 25-year-old Asian woman near East Houston and Mott Street, police say.

About an hour later, a man approached a 20-year-old Asian woman and shoved her to the ground before fleeing feeling westbound on foot, according to police.

Assaults on Asian women have been reported for months in New York and some have turned deadly. Earlier this week, a woman who was attacked last year in Queens by a man with a rock died, her family said.

In November, GuiYing Ma, 61, was sweeping the sidewalk of an empty property in Jackson Heights when a man allegedly struck her in the head repeatedly with a large rock, injuring her face and head, police said at the time.

The NYPD created an Asian Hate Crime Task Force after an increase in attacks on Asian Americans during the Covid-19 pandemic.

The department recorded 524 hate crime incidents in the city last year — nearly double the 2020 count, according to a department report. That number is the highest it’s been in at least five years, according to the NYPD’s archive.

About 131 anti-Asian incidents were confirmed in 2021 — a massive jump from the 27 reported in 2020, and the single incident reported a year prior.

When it was created, the NYPD’s Asian Hate Crime Task Force included at least 25 Asian American officers to help break down language barriers that often kept victims from reporting their experiences, police said at the time.