No deal, no school: Chicago cancels classes for a 2nd day 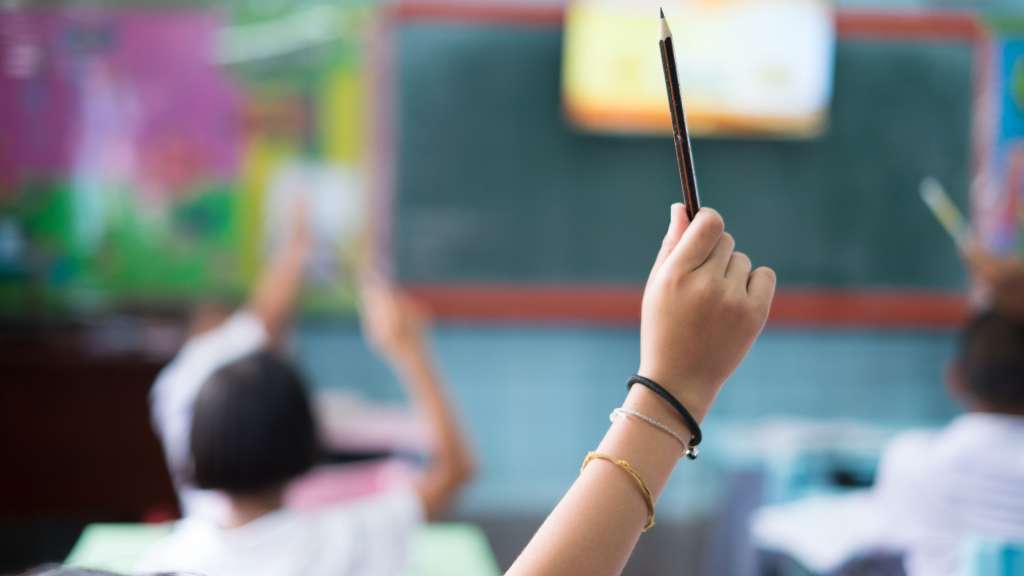 The Chicago Teachers Union sought to revert to remote instruction during the latest surge of infections and while both sides hammer out a deal. But Chicago Public Schools leaders have said remote learning didn’t work and schools can safely remain open with protocols in place.

The move to cancel classes and activities Thursday affects roughly 350,000 students and came after closed-door negotiations Wednesday failed to produce a deal. The issues include metrics for closing schools.

“We have no choice but to cancel classes tomorrow,” Schools CEO Pedro Martinez said at a Wednesday evening news conference.

Students returned to class Monday after a two-week winter break with COVID-19 infections and hospitalizations fueled by the omicron variant at record levels. School districts nationwide have grappled with the same issue, with most opting to stay open while ramping up virus testing, tweaking protocols and making other real-time adjustments in response to the shifting pandemic.

Leaders of Chicago Public Schools canceled classes Wednesday after the teachers union voted to refuse in-person instruction and switch to remote learning due to the surge in COVID-19 cases, the latest development in an escalating battle over pandemic safety protocols in the nation’s third-largest school district.

Chicago has rejected a districtwide return to remote instruction, saying it was disastrous for children’s learning and mental health, and the status of instruction for the rest of the week was in limbo. The union argued that the district’s safety protocols are lacking, and teachers and students are vulnerable.

Children in the roughly 350,000-student district returned to class Monday after a two-week winter break with COVID-19 infections and hospitalizations fueled by the omicron variant at record levels. School districts nationwide have grappled with the same issue, with most opting to stay open while ramping up virus testing, tweaking protocols and other adjustments in response to the shifting pandemic. White House press secretary Jen Psaki, echoing President Joe Biden a day earlier, said Wednesday that the country is better equipped now to make sure schools can safely open “including in Chicago,” while former President Donald Trump called the closures “devastating.”

“We’d rather be in our classes teaching, we’d rather have the schools open. What we are saying though is that right now we’re in the middle of a major surge, it is breaking all the records and hospitals are full,” he said during a Wednesday morning news conference with other union officials, teachers and parents.

The union’s action, approved by 73% of members, called for remote instruction until “cases substantially subside” or union leaders approve an agreement for safety protocols with the district.

The district said early Tuesday that classes would be canceled Wednesday if the union voted not to return to in-person instruction. Devices were not distributed to students ahead of the union vote, which was announced just before 11 p.m. Tuesday. Union members who tried to log into teaching systems Wednesday said they were locked out.

District officials blamed the union for the late cancellation, saying despite safety measures including a high teacher vaccination rate, “our teachers are not willing to report to work.”

“We are deeply concerned about this decision but even more concerned about its impact on the health, safety, and well-being of our students and families,” the district said in a statement.

CPS leaders said a plan would come later Wednesday to “continue student learning” in the district, where students are largely low income and Black and Latino. School officials labeled the union action an “illegal work stoppage” and said those who did not report to schools Wednesday would not be compensated. Last year during a similar debate, the district punished teachers who did not come to schools.

Keyonna Payton, a teacher at Park Manor Elementary School who also chairs its safety committee, said she taught remotely Monday and Tuesday because most of her students were at home under quarantine.

Payton said she is vaccinated and boosted, and she has a child who attends classes in the district who is also vaccinated, but she’s fearful of the variant spreading to her family, including her 91-year-old grandmother.

“I’m doing my part to try to protect my children. However, I am afraid of this virus and variant because of how fast it is moving and spreading,” she said during the Wednesday news conference.

Danelda Craig, a parent who also spoke at the news conference, said she was “taken aback” by a suggestion from the city’s public health commissioner that people could wear two masks to improve protection. Craig said most children struggle with one.

“We want them to go to school,” she said. “What we don’t want is COVID with it.”

In Illinois, masks are required in indoor settings, including schools. While some significantly smaller, neighboring school districts have returned or plan to return to class this week, others have temporarily returned to remote learning. Niles Township High School District 219 in Skokie, just north of Chicago, switched to remote learning for the first two weeks of January due to staffing shortages, while the Lincoln Way district southwest of Chicago did so for one week, also due to staffing.

In Chicago, the district proposed guidelines for individual school closures, saying safety measures like required masks, availability of vaccines and improved ventilation make schools among the safest places for kids to be. Roughly 100,000 students and 91% of CPS’ more than 47,000 staff in the district are vaccinated, according to the district.

But the union, with roughly 25,000 members, has proposed metrics for districtwide closure, citing risks to students and teachers. A fierce battle took place last January over similar issues.

The district said it has provided 200,000 KN95 masks to teachers, would allow schools to resume daily health screening questions for students and building visitors and would spell out metrics for closing individual schools.

Schools CEO Pedro Martinez said buildings would remain open for “essential services,” but not instruction. The district said food service and COVID-19 testing would be available at schools but after-school activities would be canceled.