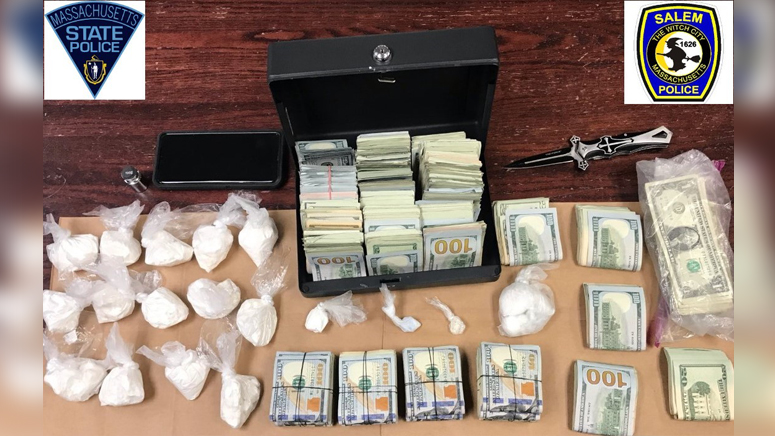 SALEM, MASS. (WHDH) - State police say troopers and police officers had to deal with an angry mob of neighbors and an enraged man with a pit bull on a leash while arresting a suspect on drug and weapons charges in Salem on Wednesday.

Officers searching a building on Palmer Street for Kenneth Gonzalez,  48, in connection with a recent home invasion tried to arrest him when he fled out a basement window and pushed a Salem police detective in an attempt to escape, according to state police.

During their search of a common area in the building, another man holding a pit bull on a leash “showered them with expletives and told them they were not welcome in the building,” state police said. And when they located and arrested Gonzalez, “an angry mob of neighbors and other bystanders converged on the law enforcement officers and shouted verbal threats and expletives at them.”

Additional Salem police officers responded to the scene to assist in dispersing the crowd.

Gonzalez was arrested on an existing warrant charging him with accessory before the fact to home invasion and on charges of trafficking in cocaine, possession of a Class A narcotic with intent to distribute, possession of a knife in violation of a municipal ordinance, assault and battery on a police officer, disorderly conduct, resisting arrest, and giving a false name to police.

Troopers and officers recovered about 448 grams of suspected cocaine and more than $50,000 in cash.