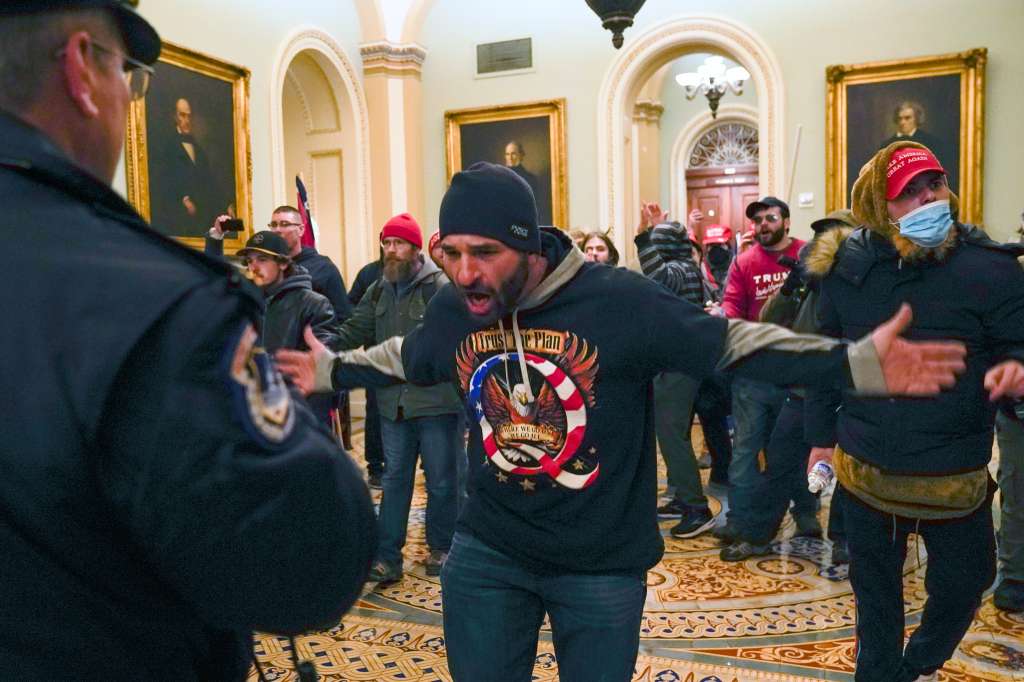 Trump supporters gesture to U.S. Capitol Police in the hallway outside of the Senate chamber at the Capitol in Washington, Wednesday, Jan. 6, 2021. (AP Photo/Manuel Balce Ceneta)
Associated Press

A mob invading the U.S. Capitol. Police officers with guns drawn inside the House of Representatives. Lawmakers hiding from intruders seeking to overturn a national election.

These and other scenes from Capitol Hill shocked the world Wednesday as violent protesters loyal to President Donald Trump stormed the nation’s halls of power in a brazen attempt to undercut democracy and keep Democrat Joe Biden from replacing Trump in the White House in two weeks.

In the morning, Trump rallied his supporters outside the White House and urged them to march to the Capitol. Hours later, after they fought police and breached the building, he told them to “go home in peace.” He described them as “very special people” whose cause he supported.

Biden, speaking from Wilmington, Delaware, called on Trump to go on national television to demand “an end to this siege.”