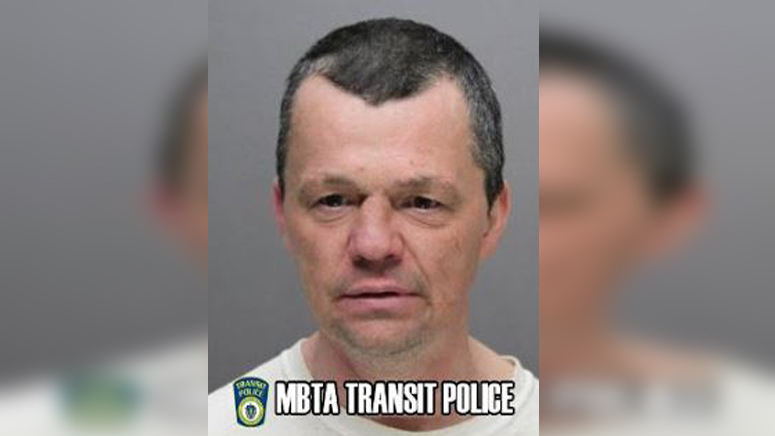 Officers responding to a report of a male committing a lewd act stopped a Red Line train at the MBTA’s Kendall Station and were directed to Adam Smith, 48, who passengers said had committed a lewd act with his genitals fully exposed to everyone on the train and was now smoking a cigarette, according to transit police.

When the officers asked Smith to get off the train and put out his cigarette, he allegedly became belligerent, called the officers homophobic slurs, and was arrested after a brief struggle.

He is facing charges of open and gross lewdness, assault on a police officer, and resisting arrest.