Police: Driver knocked motorcyclist off bike, ran another car off the road in NH 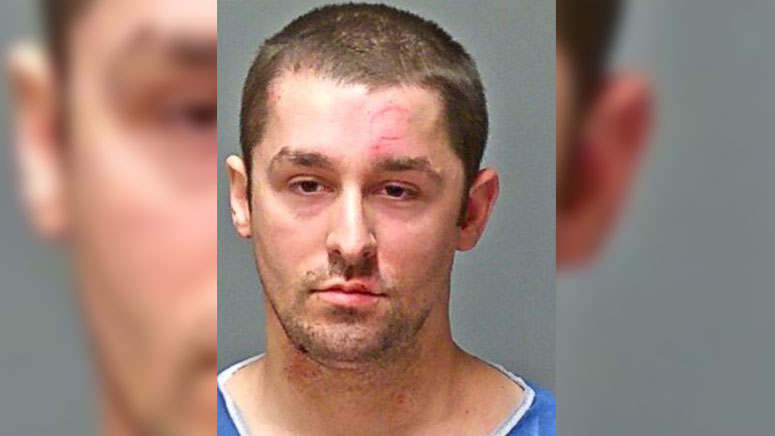 MANCHESTER, N.H. (WHDH) - A driver used his car to knock a motorcyclist off his bike before running another vehicle with two young children inside off the road in Manchester, New Hampshire on Thursday night, police said.

Officers responding to South Willow Street around 9 p.m. learned that a Subaru had been driving recklessly behind a group of motorcycles when it collided with one, according to Manchester police.

The motorcyclist was knocked off his bike and suffered minor injuries, police said.

At the stoplight at the intersection of South Willow Street and the Interstate 295 northbound on-ramp, Smith allegedly side-swiped a BMW and drove away.

The driver of the BMW followed him.

At a red light, Smith swerved into the BMW, forcing the car off the road and into a telephone pole, police said.

Two young children in the car with him were not hurt, police added.

The group of motorcyclists from the first incident pulled up afterward and held Smith until officers and fire personnel arrived, according to police.

He was taken into custody and transported to a hospital, where police say he became disorderly and assault an officer.