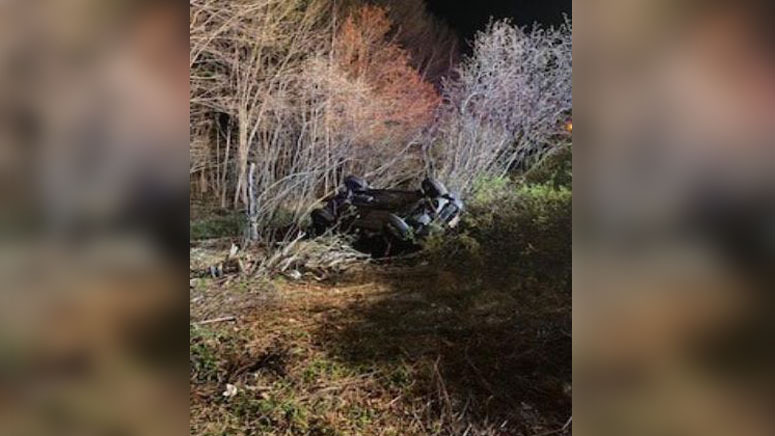 Troopers responded to a report of a wrong-way driver, later identified as David Hartenstein, 39, in an SUV traveling northbound in the southbound lanes of I-93 around 1:45 a.m. set up rolling roadblocks in an attempt to stop drivers before they encountered him, according to New Hampshire state police.

After multiple unsuccessful attempts to stop Hartenstein with spike strips, during which state police say he drove toward and around the troopers, officers were shadowing him as he veered off the road and into the woods in Candia. He was pronounced dead at the scene.

Anyone with information on the crash is urged to contact the New Hampshire State Police at 603-583-3795.