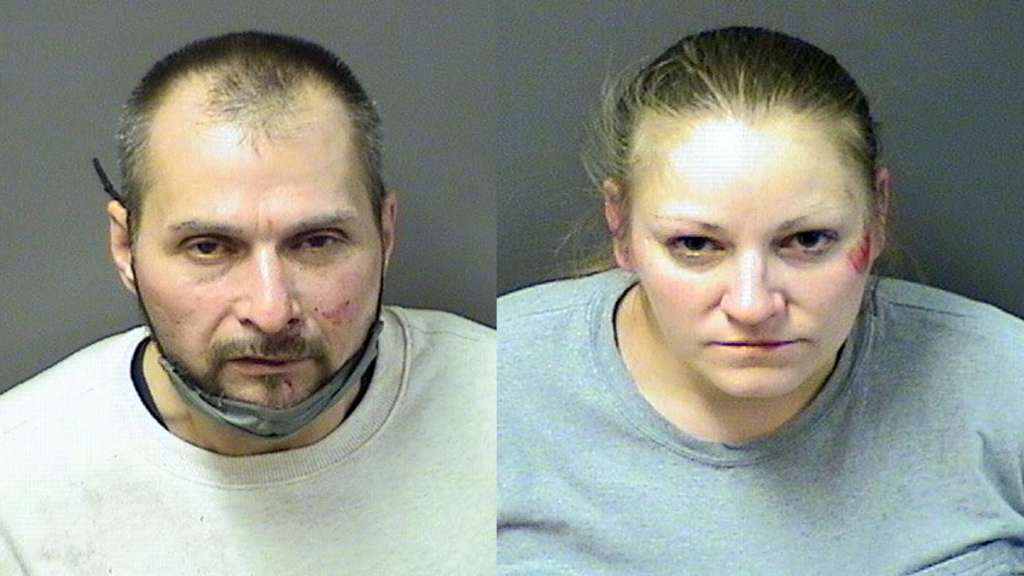 AUBURN, MASS. (WHDH) - A pair of larceny suspects tried to run over a police officer with an SUV during an investigation in the parking lot of a Home Depot in Auburn on Thursday, officials said.

Michael Wilkins, 54, and Jolene Aylward, 37, both of Connecticut, were arrested in Dudley after allegedly failing to stop for police, according to the Auburn Police Department.

Wilkins and Aylward were riding in a red Jeep when they allegedly tried to run down an officer during a larceny investigation in the home improvement’s store’s parking lot.

The two then fled the area before they were eventually caught up with and arrested.

It’s not clear if the officer was injured in the incident.

There was no word on charges against the suspects.