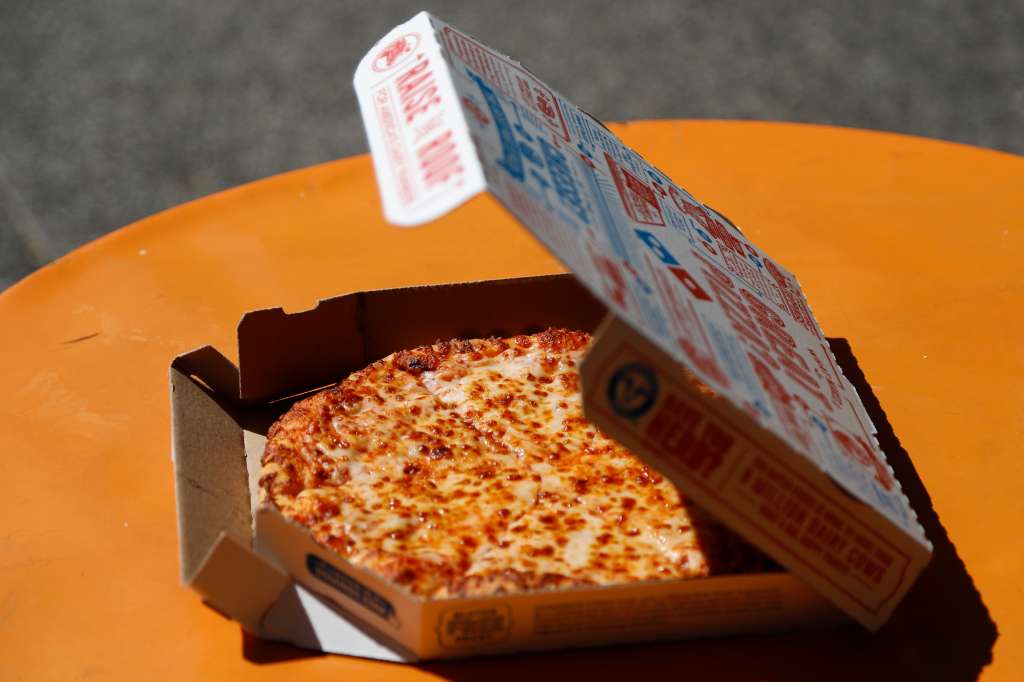 (WHDH) — A man pointed a gun at Domino’s workers and threw slices of pizza at them after he his order was not made to his liking, authorities said.

Officers responding to a report of an altercation at a Domino’s in Rochester, Minnesota, last week spoke with an employee who said that 34-year-old Victor Fortner had threatened workers with a gun during a dispute over pizza toppings, WSYM-TV reported.

Fortner, who was reportedly angry that his toppings could not be on the side of his pizza, flung two slices at two workers and pulled out the gun before driving off.

When Fortner was later tracked down and taken into custody, he admitted to being at the pizza shop but denied being in possession of a gun.

Fortner was cited for disorderly conduct.