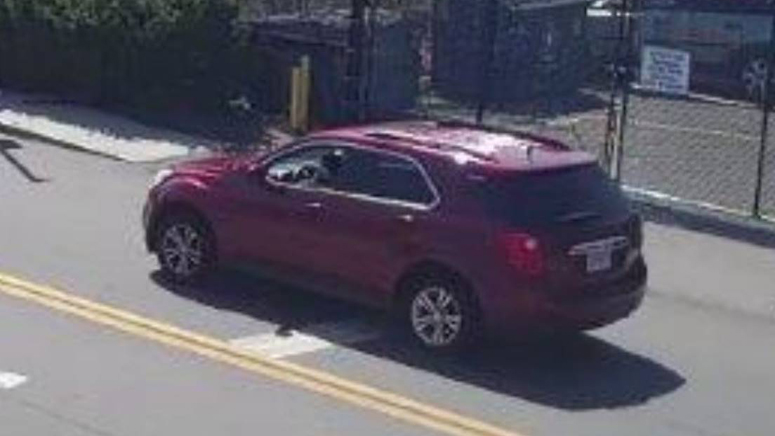 FALL RIVER, MASS. (WHDH) - Police are turning to the public for help tracking down a red SUV in connection with a hit-and-run crash in a parking lot in Fall River that left a woman seriously injured last week.

The victim, a 55-year-old woman from Florida, was struck in the parking lot of Fall River Heritage State Park on Tuesday, according to Massachusetts State Police. She remains hospitalized with serious injuries.

The driver, who police believe is a young adult woman, is said to have had a small passenger in the SUV at the time of the alleged crash.

After striking the pedestrian, the SUV fled the area, heading south on Water Street. Police believe the vehicle in question is a Chevrolet Equinox, likely a model from 2014-2016.