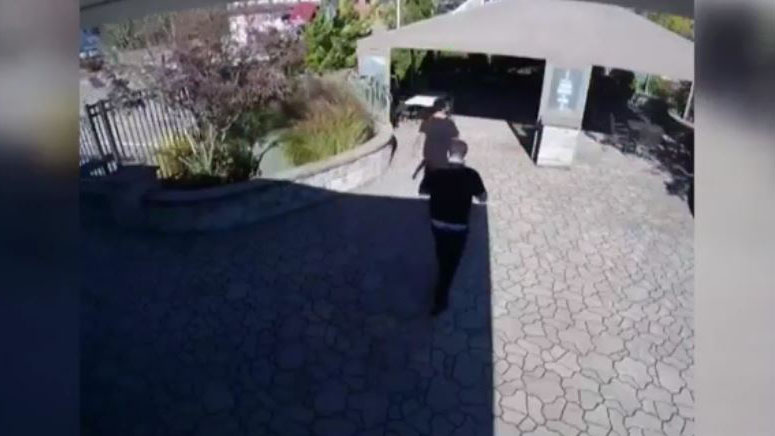 DEDHAM, MASS. (WHDH) - Dedham police are still searching for two armed robbers who fled through a Dedham golf course after leading police on a high-speed chase that started in Boston.

Three men fled police after a robbery in Roslindale just before 1 p.m. Friday, officials said, and abandoned a black BMW on Short Street in Dedham. At one point, two of the men were caught on camera hanging out under a tent at McGolf Driving Range.

Surveillance footage shows the two men walking to a car that drove into the lot and picked them up.

The robbery is under investigation.

Police have not made any arrests, but have recovered a gun from the area.