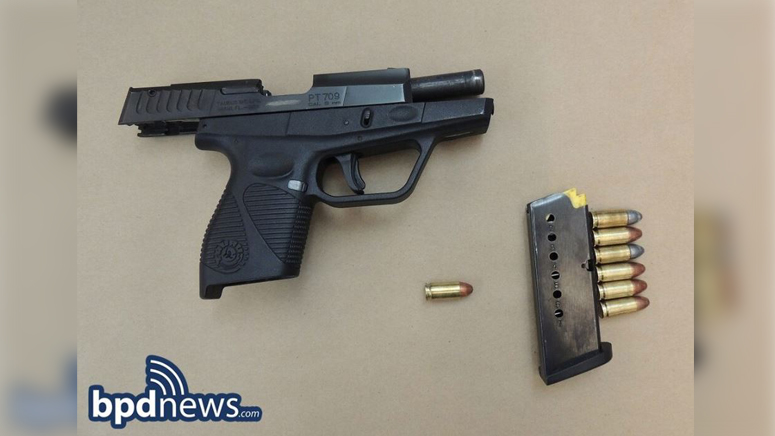 A 17-year-old is facing weapons charges after police say he was arrested with a loaded firearm on Friday in Roxbury.

Officers responding to a call for removal around 4:40 p.m. at an apartment building on Mount Pleasant Street saw the suspect among a group of teenagers gathered in a common hallway, authorities said.

When officers were gathering names of the teenage males in the group, the suspect, identified as a Boston teenager, was attempting to conceal an object on the left side of his upper body, according to police.

Officers patted down the suspect and felt the muzzle of a firearm in his inner jacket pocket, police said.

The suspect pushed past an officer, attempted to flee downstairs and a violent struggle ensued, according to police.

He is expected to appear in Roxbury Juvenile Court.