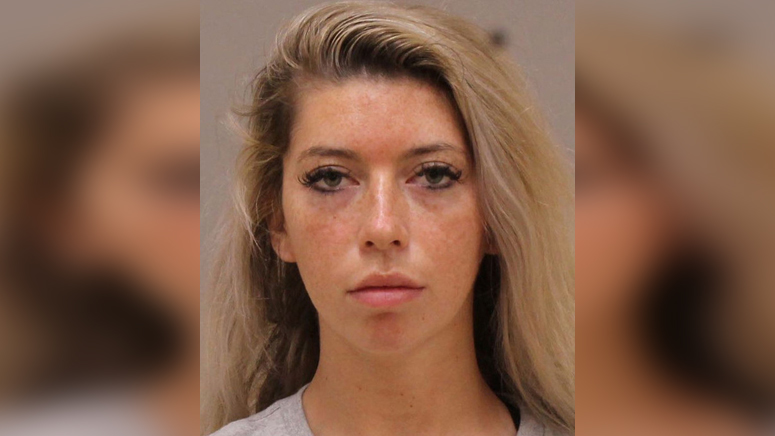 (WHDH) — A 22-year-old woman is facing criminal charges after police say she incited a riot on Facebook Live over the weekend, encouraging people to loot and throw bricks as she drank beers that were reportedly stolen from a bar.

Alexandria Lyons, of Grand Rapids, Michigan, was arraigned earlier this week on charges including inciting a riot and malicious destruction of property, MLive.com reported.

Detectives wrote in an affidavit that many people called the police to report Lyons’ alleged actions on Facebook, which also included a video of her showing off stolen clothes during a party at her house following the riots, according to the news outlet.

Lyons also allegedly posted “potentially damaging” images of herself at the riot and was seen breaking windows, police said.

She was said to be with a large group of people during the riot, which erupted following a protest in response to George Floyd’s death.

“She is heard multiple times encouraging her friends and others to throw bricks or other objects at windows of multiple businesses downtown and at one point picks up a brick herself and mentions heading ‘back to the courthouse,’” police wrote in the affidavit.

Police said Lyons also urged her friends to break into an ATM, in addition to stealing jewelry from a smashed display case that was on a sidewalk.

Lyons is also suspected of taking beers from a dueling piano bar.

She could face up to 10 years in prison if convicted.