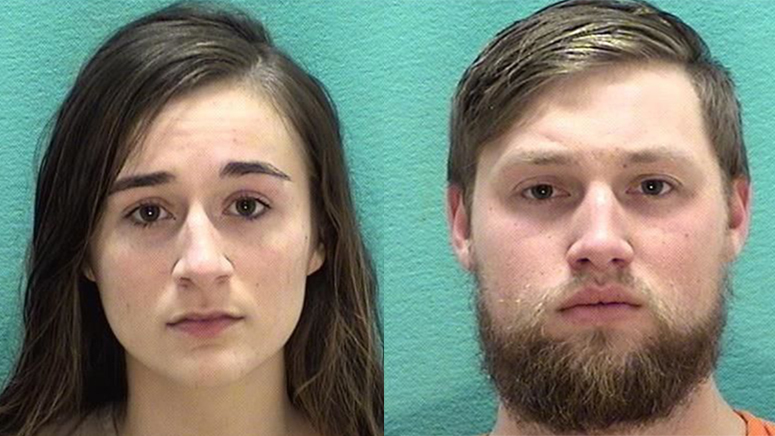 (WHDH) — A young couple is facing a slew of charges, including involuntary manslaughter, after prosecutors say they intentionally caused the death of their unborn child and hid the body inside a shoebox in their apartment.

Kalina Gillum, 21, and Braden Mull, 25, both of Licking County, Ohio, were indicted last week on charges of involuntary manslaughter, endangering a child, tampering with evidence, and abuse of a corpse, WCMH-TV reported. The couple appeared in court Monday via a video monitor.

Gillum, who was said to be about 29 weeks pregnant, reportedly gave birth to a baby boy inside the apartment she shared with Mull on Sept. 19, 2019, but never called 911 to seek emergency treatment for the child, prosecutors allege.

The couple went to a local hospital the next day, prompting concerned medical staffers to contact law enforcement about a woman with an exposed umbilical cord that was “too large for it not to have been a full-term infant,” the Record-Courier reported.

A subsequent search of the couple’s apartment uncovered the shoe box, which was reportedly stuffed in a trash bag. Additional evidence seized from the home is said to have shown that the couple jointly planned to purchase the pills and terminate Gillum’s pregnancy because they already had one child and did not want a second.

A coroner later determined that there was nothing medically wrong with the baby, reports indicated.

Gillum and Mull were taken into custody over the weekend. They are both being held on $150,000 bond.