Queen’s canine gate-crashes as she views mementoes of reign 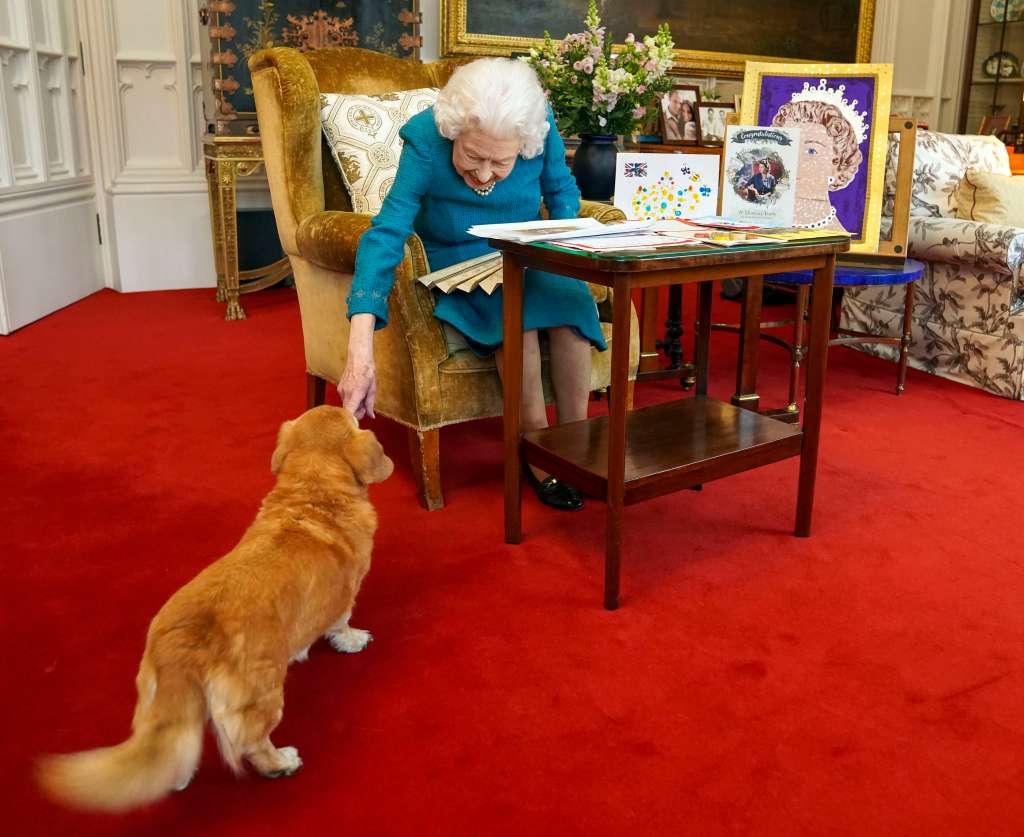 Britain's Queen Elizabeth II, joined by one of her dogs, looks at a display of memorabilia from her Golden and Platinum Jubilees in the Oak Room at Windsor Castle, Windsor, England, Friday Feb. 4, 2022. Queen Elizabeth II will mark 70 years on the throne Sunday Feb. 6, an unprecedented reign that has made her a symbol of stability as the United Kingdom navigated an age of uncertainty. (Steve Parsons/Pool via AP)

LONDON (AP) — Queen Elizabeth II was interrupted by a canine gate-crasher as she viewed mementoes from her reign ahead of the 70th anniversary of her ascension to the throne.

While the monarch inspected the memorabilia, including cards and artwork sent in by children and other members of the public to congratulate her on earlier anniversaries, one of her dogs trotted into the room at Windsor Castle. Candy — a cross between a dachshund and a corgi, known as a dorgi — lapped the room and inspected a small group of reporters on hand.

“And where did you come from? I know what you want,” the queen chirped as Candy came over.

The event was held two weeks ago but announced by the palace on Friday ahead of the milestone on Sunday.

Elizabeth has three dogs. The elderly Candy, a young corgi called Muick, and a corgi puppy which replaced another puppy that died unexpectedly last year.

Candy made an appearance at another event earlier this year, taking a star turn when Elizabeth held a face-to-face audience with the outgoing armed forces chief, Gen. Nick Carter, in November.