Red Sox slugger J.D. Martinez back in lineup vs Rays 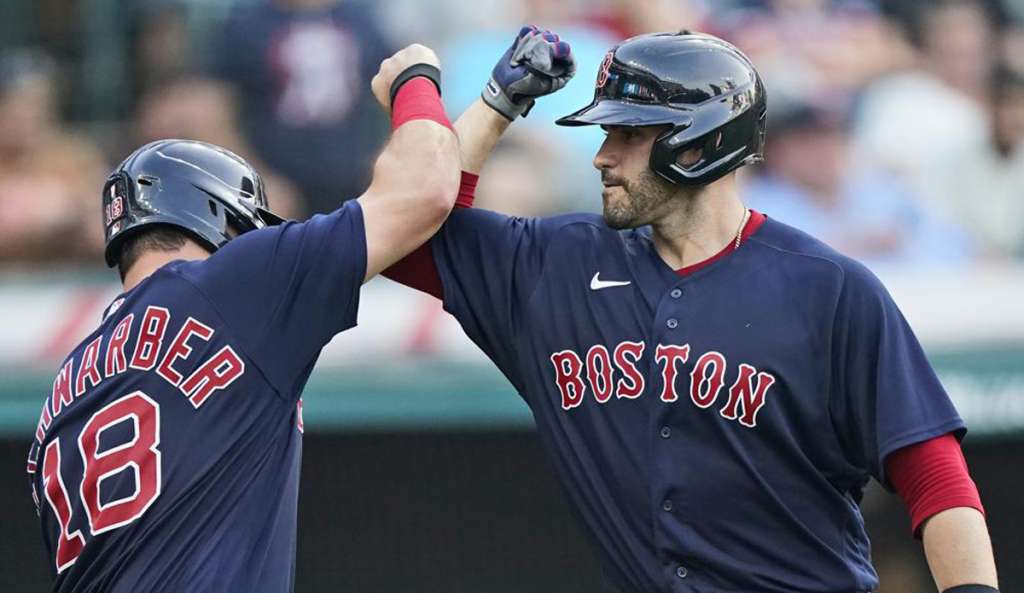 Martinez was slated to bat sixth as the designated hitter after missing Tuesday’s night’s AL wild-card win over the Yankees and Thursday’s 5-0 Game 1 loss to the Rays due to a sprained left ankle.

Martinez stumbled over second base while heading to the outfield in Sunday’s regular-season finale at Washington. Without the DH in National League parks, Martinez played right field against the Nationals. He stepped on the bag and twisted the ankle heading out to play defense in the fifth inning.

It was only the seventh time this season that Martinez started in right. He was the starting DH for 113 games, with 28 in the left field.

Martinez hit .286 with 28 homers, 99 RBIs and an AL-leading 42 doubles during the regular season.