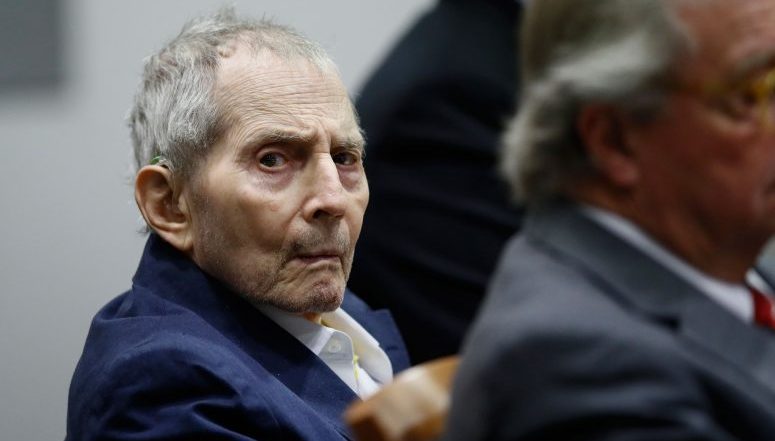 Robert Durst, the subject of the HBO crime documentary "The Jinx," has bladder cancer that is not being treated, Durst's attorneys told CNN Thursday. Durst is shown in court during opening statements in his murder trial on March 4, 2020 in Los Angeles, California. Credit: Etienne Laurent/Pool/Getty Images

LOS ANGELES (AP) — Robert Durst, the wealthy New York real estate heir and failed fugitive who was dogged for decades with suspicion in the disappearance and deaths of those around him before he was convicted of killing his best friend and sentenced to life in prison, has died. He was 78.

Durst died in a state prison hospital facility in Stockton, his attorney Chip Lewis said. He said it was from natural causes due to a number of health issues.

Durst was convicted in September of shooting Susan Berman at point-blank range in 2000 at her Los Angeles home. He was sentenced to life Oct. 14. Two days later, he was hospitalized with COVID-19, his trial attorney Dick DeGuerin said.