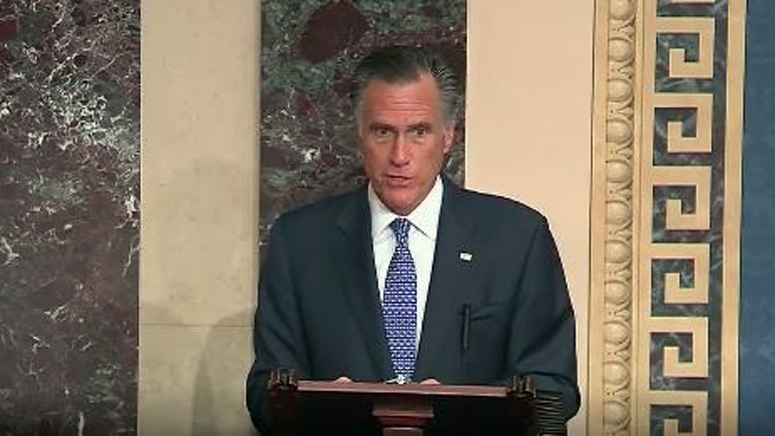 As Democratic leadership on Saturday condemned the President’s act of clemency for his friend Roger Stone, most Republican senators have so far remained quiet on the matter.

“Unprecedented, historic corruption: an American president commutes the sentence of a person convicted by a jury of lying to shield that very president,” the Utah Republican said on Twitter Saturday.

White House press secretary Kayleigh McEnany responded to Romney’s comments on Saturday, saying “the only ‘unprecedented, historic corruption’ that occurred was during the Obama-Biden administration.” McEnany, in her Saturday response, also repeated some of the false claims the White House made Friday in a lengthy statement following the commutation.

Once the party’s standard bearer and presidential nominee, Romney is often one of the GOP’s only members voicing opposition to some of Trump’s actions.