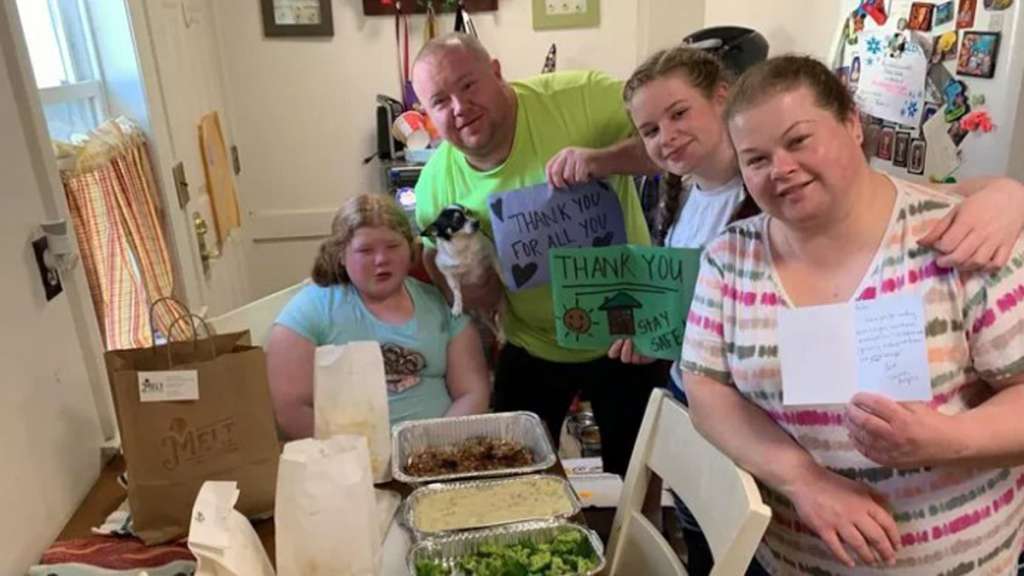 SALEM, MASS. (WHDH) - A Salem dad and his daughter are battling COVID-19 in the ICU at a hospital in Boston, while his pregnant wife and older daughter are said to be dealing with “tolerable” cases of the virus.

The DeCelle family household has been hit hard by the virus in recent days and is in desperate need of financial assistance, Salem Mayor Krim Driscoll said in a Facebook.

Mike, Erica, Kylie, and Mikayla DeCelle have all tested positive for the virus. Mike and Mikayla, who turned 12 over the weekend, have been admitted to the ICU at Massachusetts General Hospital.

Mike’s wife, Erica, is pregnant and was forced to cancel her baby shower that was planned for Dec. 5.

Mike, 39, was initially taken by ambulance to Salem Hospital and then transferred to MGH, where he was hooked up to a high-pressure oxygen machine due to his oxygen levels being in the 70s, a GoFundMe post created on Saturday indicated. He has since been intubated.

“After two days of no improvement or stability doctors made the tough decision to sedate and intubate Mike this morning,” the post said. “Doctors have also informed Erica there is a chance Mike may not make it out of this.”

Mikayla was taken to MGH on Thanksgiving with breathing issues and put on a high-pressure oxygen machine. Doctors decided to intubate her following a number of coughing fits.

“The DeCelles are the type of people who go out of their way for others in need, they would give the shirt off their back to help others,” the GoFundMe post said of the family. “Today they are on the other side of the fence, in need of your help.”

To make a donation to the family, click here.