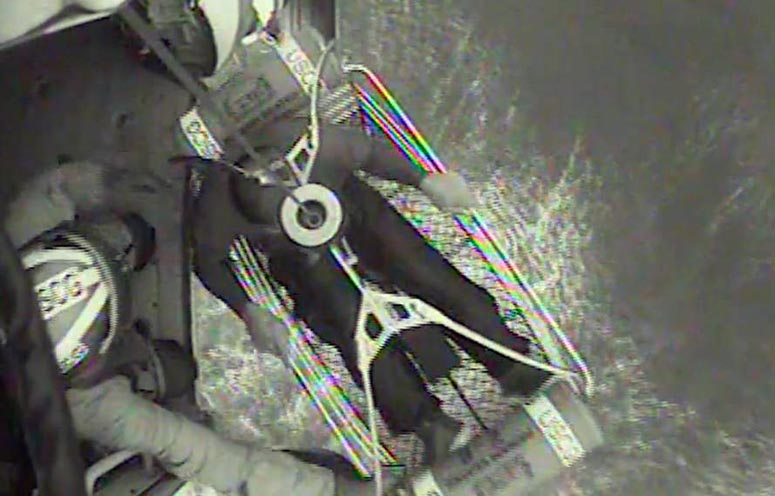 The Coast Guard is suspending its search for three missing fishermen whose boat sank off Martha’s Vineyard Sunday afternoon.

Crews had been searching for more than 24 hours, but the search was suspended Monday evening pending further developments, Coast Guard officials said.

#Update: @USCGNortheast crews have suspended the search off Martha’s Vineyard pending further developments. NOK notifications have been made.

Rescue crews from Air Station Cape Cod responding to a distress signal found a 56-foot fishing boat, the Leonardo, that had capsized and sank about 24 miles southwest of Martha’s Vineyard, officials said.

One fisherman was recovered by a Coast Guard crew that lowered a basket into the water as a helicopter hovered high above the ocean. He was suffering from hypothermia and is now in good condition, but three other fishermen remain missing.

Alisha Marques said her brother Mark Cormier is one of the missing crew. She came down to the docks in New Bedford to feel close to her brother on Monday.

“He’s my hero, he’s my love, he’s my support, he’s the best big brother that anybody could ever ask for,” Marques said. “He deserves to come home to his fiancee, to his mother who’s in tears and misses him very much, to his father who is waiting for him to come home.”

The 51-year-old captain of the Leonardo, a man from New Bedford, is also missing, along with his 26-year-old stepson, according to family.