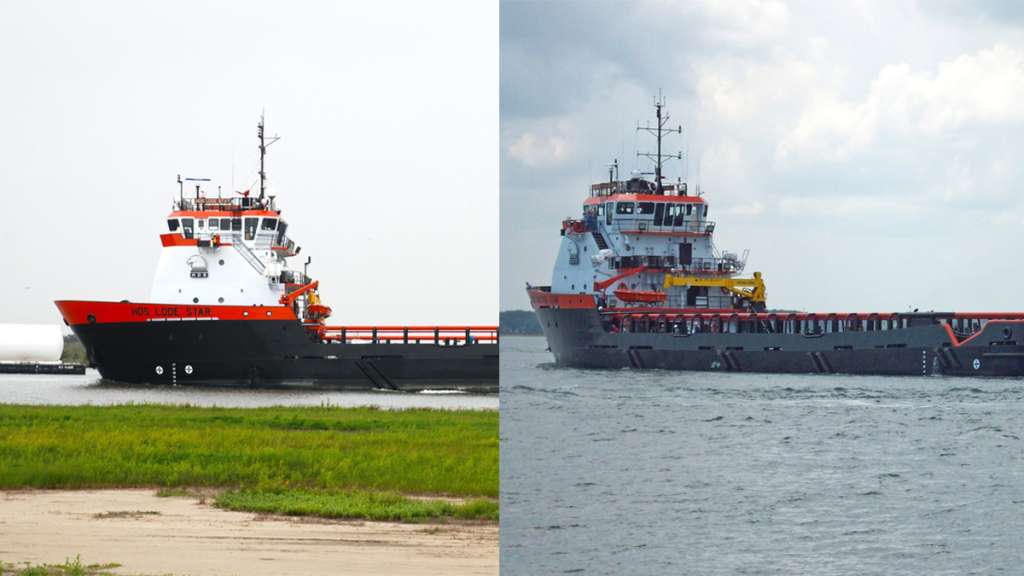 FALMOUTH, MASS. (WHDH) - Weeks after announcing a contest to name two new ferries in its fleet, the Steamship Authority said it has settled on several submissions for the boats, while discarding entries referencing the film Jaws or a certain, boat-naming meme popularized on the internet.

In their call for submissions, the Steamship Authority requested ferry names that embody the “local flavor and/or maritime history” of Cape Cod and the Islands by Monday, Sept. 25, with a chance for someone to win one of two $250 SSA gift cards.

The new boats in question are two sister ships that had been used off the Gulf Coast, and will replace the M/V Gay Head and M/V Katama.

Since the announcement, the Authority said it has received some 8,200 entries with over 9,200 name suggestions.

According to a document shared by the Steamship Authority’s Communications and Marketing department, staff narrowed down the submissions to nine potential names, discarding a number of entries that made reference to Jaws, along with variations of “Boaty McBoatface” (42 votes), “Ferry McFerryface” (15 votes) and “Steamy McSteamface” (number of votes was not disclosed).

The latter’s naming conventions were popularized several years ago, when the British Natural Environment Research Council asked the public for their input in naming a new research vessel. The public overwhelming selected “Boaty McBoatface” in a poll before officials stepped in and opted for calling the ship the RRS Sir David Attenborough.

As a compromise, one of the smaller subs aboard the Attenborough received the moniker.

In the case of the Steamship Authority, the top nine names approved and put forward by staff include:

Another pair of popular names, “East Chop” (95 votes) and “West Chop” (90 votes), were put on the chopping block by staff out of concern that naming the boats either would create confusion “with radar markings” and during emergency situations.

According to an archived version of the Steamship Authority’s contest website, the approved suggested vessel names will be presented to the Authority Board for a vote on Tuesday, Sept. 27, with winners announced shortly afterwards.

The first of the newly acquired vessels is expected to be operating on Steamship Authority routes to Martha’s Vineyard and Nantucket by summer 2023, following design and engineering work for conversion and reactivation.