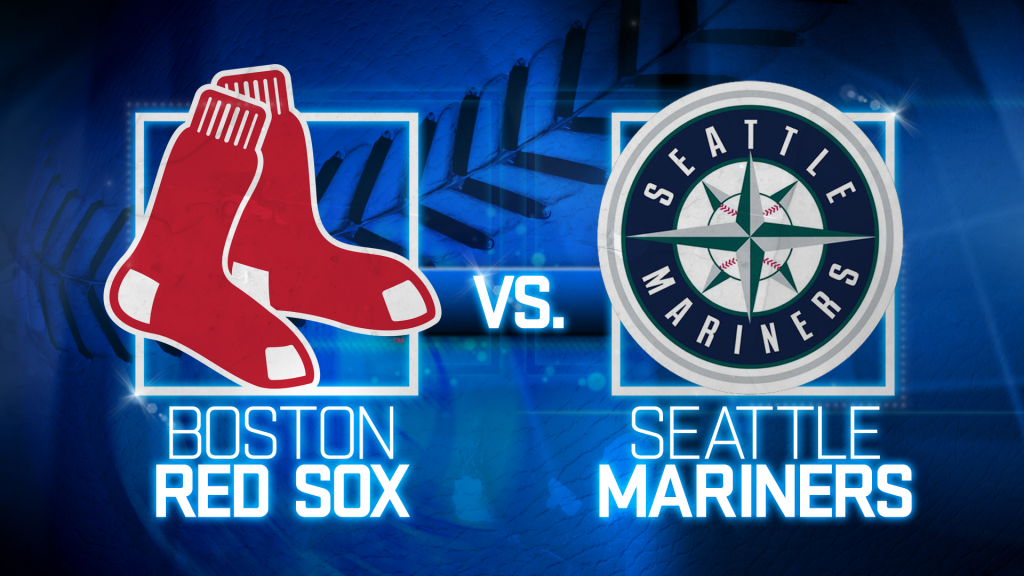 Story slugged a pair of two-run homers and a three-run shot in the eighth, and he also singled in the go-ahead run in the sixth with the help of a wild throw. In the first season of a $140 million, six-year contract, Story had just two homers in 32 games entering Thursday.

Jackie Bradley Jr. added an RBI double off the Green Monster as Boston scored nine straight runs and won for the fifth time in seven games.

The Red Sox got four scoreless innings of relief from Tanner Houck (3-3) after Seattle roughed up starter Rich Hill over the first two innings for a 4-0 lead.

Dylan Moore hit a three-run homer in the second for Seattle, which lost for the third time in four games and fell to 3-4 on a lengthy trip that still has three games to go in Boston.

Ty France added an RBI double in the second as the Mariners chased Hill. Houck (3-3) came out of the bullpen and shut down the Mariners over the next four, striking out six and allowing just one hit and one walk.

Seattle rookie George Kirby (0-1) lasted until the sixth but was pulled after Alex Verdugo’s leadoff double off the wall in center.

Although Kirby couldn’t pick up his first win in the majors, he was on the hook for the loss after Story looped a single off of Moore’s glove into center, and Verdugo scored when Julio Rodríguez’s throw skipped past third and bounced off the wall outside the Seattle dugout. Story took second on the throwing error, stole third and scored easily on Bradley’s double high off the Monster to put Boston up 6-4.

Story cut Seattle’s early lead in half with a two-run homer to center in the second, then tied it in the third with another two-run drive that cleared the Green Monster and made it all the way out of Fenway Park. He then connected off Young in the eight, this one also over the Monster and onto Landsdowne Street.

It was the 19th multihomer game of Story’s career.

Rodríguez added a solo homer for Seattle in the ninth, his third.

Red Sox: LHP Darwinzon Hernandez had surgery Thursday to repair a torn meniscus in his right knee. Manager Alex Cora said there was no timetable for Hernandez, who had been working on some mechanical issues with Triple-A Worcester.

Red Sox: RHP Michael Wacha is expected to be reinstated from the injured list and make his first start since May 3. Wacha was 3-0 with a 1.38 ERA before going on the IL with soreness in his left side.