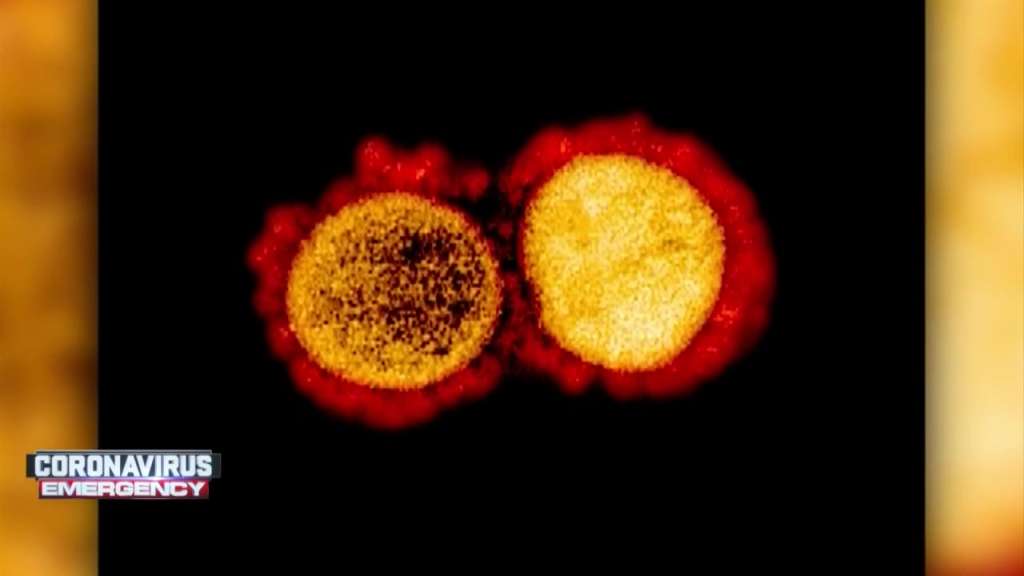 (CNN) — The United States reached another grim milestone on Friday, surpassing 7 million confirmed cases of Covid-19, according to data from Johns Hopkins University.

Here’s how long it took the country to reach this point:

• It was another 27 days before the US surpassed 3 million cases on July 8.

The US hit 7 million cases the same day that 23 states, most across the US heartland and Midwest, reported an increase of new cases compared to the previous week, according to a CNN analysis of Johns Hopkins data.

California became the first state to surpass 800,000 infections, according to Johns Hopkins data. Texas is second, with about 747,500 cases, followed by Florida with some 695,000 cases.

Nationally, the rate of new cases is up 9% from last week, with a seven-day average of more than 43,000 cases nationwide.

Early on in the pandemic, health experts had warned of the threat of a second wave of cases. But given the fact new cases never declined significantly, Dr. Anthony Fauci said the nation remains in the first wave.

“Rather than say, ‘A second wave,’ why don’t we say, ‘Are we prepared for the challenge of the fall and the winter?'” said Fauci, the nation’s leading infectious disease expert.

That challenge could include surges of Covid-19 cases across the country as more fronts open up, including the many schools and colleges nationwide that have welcomed students back to class. And as the weather gets cooler, more gatherings will move inside, where the virus can spread more easily.

More than 90% of the population remains susceptible to the virus, US Centers for Disease Control and Prevention Director Dr. Robert Redfield said this week.

There’s also a potentially complicated flu season on its way that could pile on top of the pandemic and quickly overwhelm the health care system. Redfield has warned it could be a historically difficult fall and winter.

Across the US, more than 6.9 million people have already been infected with the virus and at least 203,000 Americans have died, per Johns Hopkins data.

Despite his state’s rising cases, Florida Gov. Ron DeSantis on Friday announced he had signed an order moving Florida into Phase 3 of its reopening, allowing restaurants and bars to fully reopen at 100% capacity.

“There will not be limitations from the state of Florida,” the governor said in a news conference.

Additionally, the governor suspended any outstanding fines and penalties for pandemic-related mandates, like mask requirements.

But cities, counties and states that have managed to bring their Covid-19 cases down should now work to prevent “surges that inevitably will occur if you’re not doing the kinds of public health measures that we’re talking about,” according to Fauci.

Those measures include what experts have for months vouched for: face coverings, hand-washing and avoiding crowds.

About 12 states are now seeing mask usage rates above 50%, according to researchers from the University of Washington’s Institute for Health Metrics and Evaluation (IHME). Those include California, Colorado, Florida, Maryland, Mississippi, New Jersey, North Carolina, Pennsylvania, Texas, Virginia, Washington and West Virginia.

If 95% of Americans wore masks, more than 95,000 lives could be saved by January, the IHME projects.

And there’s another tool that could make the next months easier: the flu shot. The US has ordered about 200 million doses of that vaccine, Fauci said, the highest amount officials have ever tried to vaccinate. Public health officials say fewer people battling the flu this year will reduce that burden on health care professionals that are also trying to treat Covid-19 patients.

“If we listen to the public health measures, not only would we diminish the effect of Covid-19, we might get away with a very, very light flu season if we combine that with getting the flu vaccine,” Fauci said.

The continued spread of the coronavirus is driven by young people, Fauci reiterated.

“I don’t want to seem preachy about it,” he told New Jersey Gov. Phil Murphy during a livestream Thursday on Facebook. “But right now, the infections in the country are driven more by young people, 19 to 25.”

While vaccines for Covid-19 are being tested, the growing skepticism around them is becoming an “enormous” problem, according to Dr. William Schaffner, a professor of infectious diseases at Vanderbilt University Medical Center.

It’s a problem, Schaffner says, “because once we do develop a vaccine, obviously we want people to accept it, but there’s growing skepticism … in the general population.”

US health experts have previously said it’s likely many Americans will opt out of getting the Covid-19 vaccine once one is widely available. Over the summer, former US Surgeon General Dr. Vivek Murthy told CNN if a vaccine was available, half of all Americans wouldn’t get it because of a lack of trust.

And now 62% of Americans believe political pressure from the Trump administration will cause the US Food and Drug Administration to rush approval of a Covid-19 vaccine before Election Day, according to a new health tracking poll from the Kaiser Family Foundation. If a Covid-19 vaccine was ready and available for free before the upcoming election, just 54% of respondents said they would not get one and 42% said they would.

Fauci said Thursday he would back scientists at the FDA on whatever their decision is regarding approving a Covid-19 vaccine or giving it an emergency use authorization.

“These are respected, trained people who are much better at models and statistics and all that other stuff than any of us are,” he said during an online conversation with CNN Chief Medical Correspondent Dr. Sanjay Gupta organized by Emory University.

“If they look at it and say, ‘We really feel strongly we should go this way,’ I would back the scientists. I would have to do that, as a scientist, and I would express that.”