The US workforce has gotten significantly older and more diverse 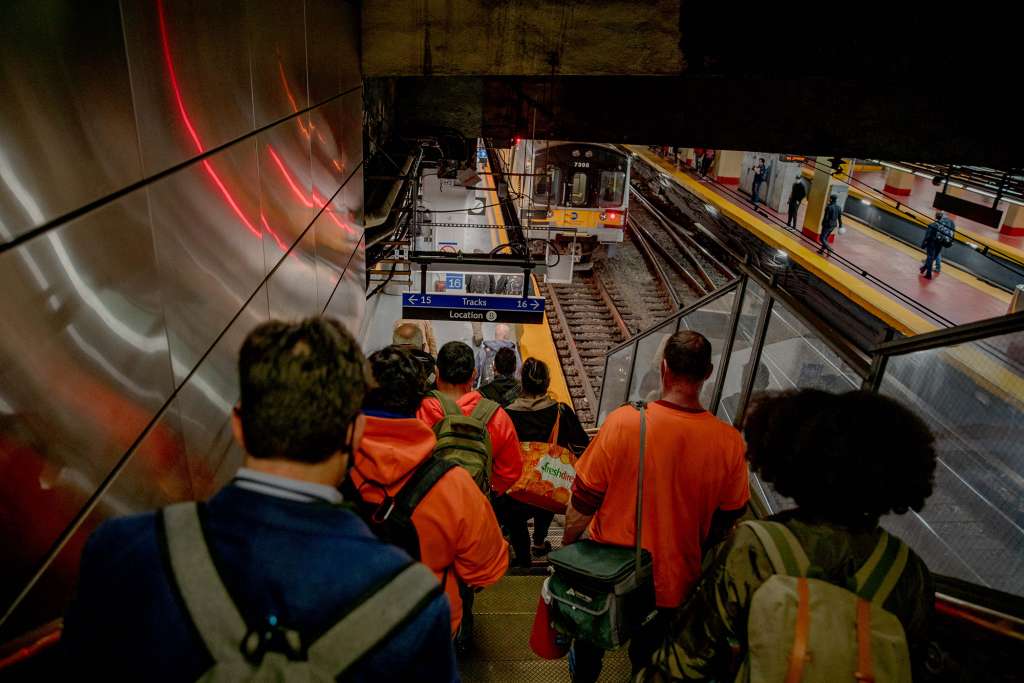 The US labor force has changed, according to recent data. Credit: Amir Hamja/Bloomberg/Getty Images

(CNN) — America’s workforce is considerably older and more diverse than it was 40-some years ago.

Federal labor economists recently analyzed federal labor data to see just how much the nation’s labor force has changed in recent decades, according to a Sept. 1 blog post on the US Bureau of Labor Statistics site.

In examining the Consumer Population Survey data, the economists looked “peak to peak,” zeroing in on 1979 and 2019 — two high points of employment and economic activity.

Here’s a quick look at how the American labor force has changed and some of the reasons behind the biggest shifts in its composition.

The workforce is undoubtedly older

In 1979, people aged 65 and older accounted for 3% of the nation’s workforce, representing the smallest contingent. Teenagers aged 16 to 19 years old were the second smallest cohort at 8.2%, according to the CPS data.

Those percentage shifts largely show the effects of generational change — notably the aging of the massive Baby Boomer population — but that’s not the only reason for it, said Joe Piacentini, economic advisor to BLS Commissioner William Beach.

Other contributing factors include medical advances that have led to extended lives, less physically strenuous jobs, and declining teen labor force participation. Fewer teenagers are working now than several decades ago, primarily because there is a greater focus on school enrollment and educational attainment.

“One potential risk of an aging population is actually a lower wage growth in the economy,” Birinci wrote in an email to CNN Business.

In turn, that could have an effect on monetary policy and dampen its effects on job transition rates, wage growth and inflation, he said.

“An important implication of this finding is that the lack of wage growth and inflation observed following the Great Recession (between 2010-2019) despite the low interest rate policy regime during this time period can be partly because of the relatively higher fraction of older workers in the US labor force,” he added.

The workforce is more educated and has fewer married couples

In 1979, almost two-thirds of the US labor force consisted of workers who were married, the BLS data shows. Forty years later, that share was just north of 52%.

The workforce data tracks largely with broader societal trends: In recent years, fewer people have been getting hitched. People have grown less inclined toward the idea of matrimony, something generally attributed to a variety of factors, including women’s educational and workforce attainment, declines in religious participation and economic pressures, among others.

The relation of marital status to workforce trends is being researched, with some studies finding that gendered social norms result in an increase in men participating in the workforce and a decline in women’s labor market outcomes, International Labour Organization economists found.

The workforce of today also is comprised of a higher share of workers with a college degree, according to Birinci of the St. Louis Federal Reserve Bank. He noted that the share of individuals age 25 and older with a bachelor’s degree increased from 17% in 1980 to about 34% in 2015.

The workforce has become more diverse

Changes in the labor force align with broader population trends that show growing racial and ethnic diversity in the US. The long-term BLS data shows that the non-white share of US workers increased to 22.3% in 2019 from 11.7% in 1979, and the fraction of Hispanic or Latino workers, of any race, has increased from 5% to 18%.

Women’s labor force participation increased considerably from the 1960s through the ’80s before slowing through the 1990s, according to the BLS. In the peak-to-peak comparison, women’s share of the work force had settled in at 47% in 2019, up 5 percentage points from 1979.

However, women’s progress in the labor market has been drastically altered during the Covid-19 pandemic. They were disproportionately affected as female-dominant industries suffered the biggest losses and the bulk of the care responsibilities fell on women’s shoulders as schools and child care centers closed.

Separately, because federal economic and employment data do not fully track aspects such as sexual orientation, gender identity and gender expression, it’s unclear the extent of long-term shifts in LGBTQ+ labor force participation.