They survived one of the worst school shootings in American history. Now they’re graduating. 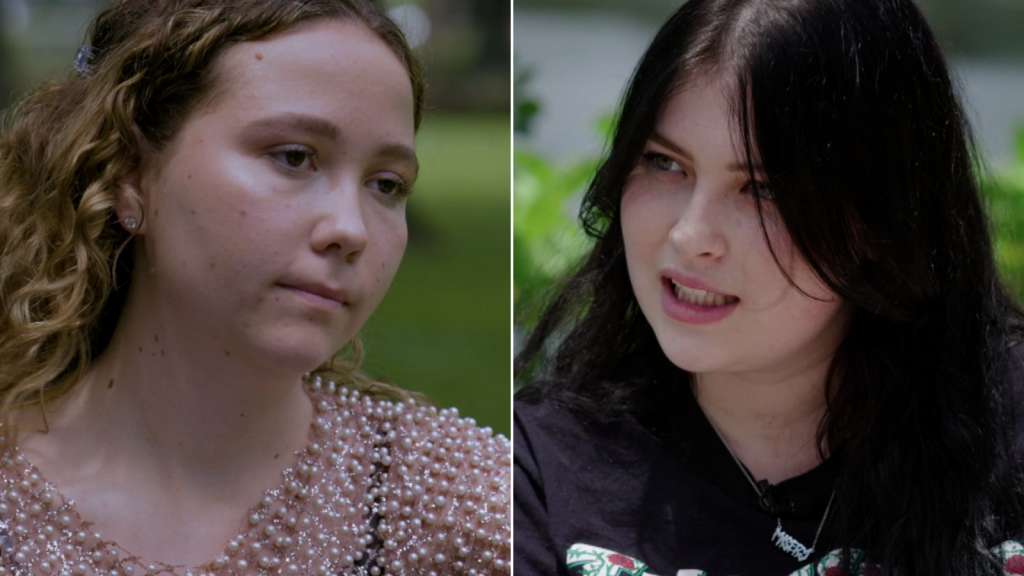 (CNN) — They both fidget while they talk, like any teenager would when being questioned in front of multiple cameras. One jokes about her imperfect manicure. The other adjusts her necklace that says “Misery.”

“Prom is on my birthday,” Lauren Hogg says. “I think it’s going to be great. On my 18th birthday — how much fun!” Again — as any teenager would act.

But then, when asked to recount what should be the hardest thing for them to talk about, their fidgeting stops.

“I was in the 1200 building, which is where the shooting happened,” Brooke Harrison says. “And Alaina, Alyssa and Alex all died in my classroom and eight people total were shot in my classroom. Everyone that was around me where I decided to try to hide was either shot or killed.”

That is the moment their lives changed forever. The day they became among the youngest survivors of one of the worst school shootings in American history.

Hogg and Harrison were freshman at Marjory Stoneman Douglas High School in Parkland, Florida, in February 2018 when a former student carried out the massacre that left 17 people dead. That was three years ago. Now these youngest survivors are graduating.

“I really only had the first semester of my freshman year that was normal, and then the rest just was what it was,” says Harrison. “Sophomore year was probably the worst for me, mental health-wise, because I was still recovering from just witnessing everything I witnessed, being in the building.”

That was the year Hogg and her family decided they had to leave Parkland. They moved to Washington, DC — a change she describes as essentially saving her but in no way lessening her pain.

In those years Hogg, Harrison and an army of their classmates turned that trauma into action, becoming outspoken activists against gun violence, going from the Florida state Capitol to the halls of Congress to try to bring about change and starting what has become a global movement with March For Our Lives, a student-led movement focused on gun violence prevention. But they’ve taken on one of the most intractable political fights in America, and three years later, their frustration is palpable.

“For two years after the shooting, I thought that the reason why these things kept happening is because they just needed to hear one more story. Politicians just need to hear one more voice,” says Hogg. “And so as a child I tried to do that. And then I got older and I worked more and I realized that it’s not that they don’t know what to do — they choose not to.”

These teenagers are burdened with a wisdom and seriousness they didn’t choose. They’ve grown weary of the politicians and tired of the empty excuses, and they bristle at what they hear as empty compliments from adults.

“I think it’s kind of insulting when they’re like, ‘You’re an old soul.’ Yeah, I’m an old soul because of the amount of trauma that has been caused because of your inaction,” says Hogg.

“It’s the same thing when people are like, ‘Oh, you’re here for a reason.’ I know that’s meant with good intentions, but it also feels uncomfortable,” says Harrison. “It feels like you’re saying that I’m here for a reason and (those who died) aren’t. And I’m like, ‘No, because they deserve to be here too. They deserve to have their graduation.'”

Their high school careers have been bookended by tragedy, beginning with the mass shooting and ending with the disruption of the coronavirus pandemic. Jeff Foster has seen this firsthand. He has taught AP government at Douglas high school for years. He also lived through the shooting with these kids and has watched them weather the storm.

“It’s almost unimaginable to think how they’ve survived these four years,” he remarks while standing along the school fence. “Imagine going to eight semesters of high school and having one quote-unquote normal semester of high school. Everything else was marked with some kind of event or trauma or upheaval.”

Foster beams with pride when he speaks of this senior class. Proud that, quite simply, “they’ve made it.” The one word that most often comes to his mind when thinking of these unique students: “Resilience.”

The pandemic presented a different layer of challenges and disruption to their lives. Both Hogg and Harrison spent most of their senior year learning from home and — like students across the country — they faced the harsh disappointment of canceled homecomings, canceled college visits and, generally, canceled teenage life.

“I just didn’t get the regular John Hughes senior high school stuff,” Hogg says, half-joking. “It’s been awful … with everything else going on in the world it’s compounded our trauma.”

But an in an odd way, the pandemic also brought along a bit of comfort. Harrison says they finally weren’t alone in their isolation.

“I definitely feel like I got a lot more isolated, but I also strangely felt less alone, because almost every high school across the nation was feeling exactly the way I felt,” she admits. “In my other years, with everything that was going on with my high school, it felt like we were the only ones.”

Covid-19 also brought a strange comfort to Denise Harrison, Brooke’s mom. “The strange thing about this past year and a half of Covid is that she’s been in my house the entire time. So actually that’s been so good for me,” she says. “As much as she missed out on so much, she was home safe.”

Now, these seniors say, putting the high school years behind them could not come soon enough. Hogg offers this sage advice to her 14-year-old freshman self: “Hold on. Simple as that. Hold on. Because it’s wild, and that’s the only thing you can do when you have no control.”

A budding artist, she talks about college as a “blank canvas” and hopes it finally means a chance to paint her own narrative and write her own story.

Harrison speaks of this moment in much the same way. “It does feel like closing a chapter on my life and moving on to a better one,” she says.

For Denise, graduation is bittersweet. She beams when she speaks of the opportunities her daughter now has before her. “Really, you’ve grown to be such an amazing person,” she says to her daughter as they hold hands.

But then it settles in for Denise what this and every milestone means for the nine Parkland families who should have children graduating this week but don’t. “That these other families … that their kids were taken from them,” she says through tears. “They don’t get to see their kids grow up. They all should have been able to graduate and go to college and have their first love and, you know, all the milestones. So it’s hard.”

It’s hard like too many moments already in these young girls’ lives, but still, they look forward.

Brooke Harrison hopes to study journalism when she starts college in the fall. “It kind of feels like a chance to have a semi-normal school experience,” she says.

As Lauren Hogg looks ahead, she keeps one eye behind her.

“I think reflection is necessary for me moving forward, because I think if I moved forward without reflecting on all the work that I’ve done, all the things that I’ve been through, it would just be putting all of those experiences to waste. And I cannot stand for that to happen.”