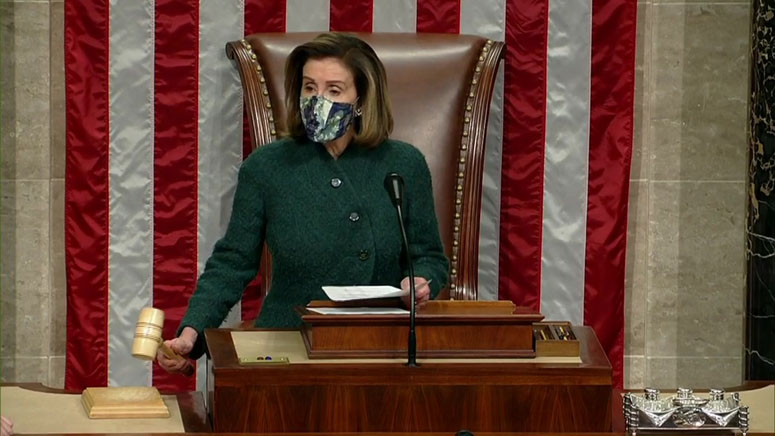 U.S. House Speaker Nancy Pelosi will be a virtual guest at Tufts University on Thursday.

The California Democrat, who has led the House during some of the most polarized times in U.S. history, is expected to discuss her career in public service, experiences presiding over a divided House, and “the fight for civil and human rights in the United States and around the world.”

The Tisch College Distinguished Speaker Series event will be broadcast live by Tufts University at 5:30 p.m. and moderated by Alan Solomont, dean of Tisch College and former U.S. ambassador to Spain and Andorra.

In 2007, Pelosi became the first woman elected to serve as U.S. House speaker.

She has represented the 12th District of California for the past 34 years, and as speaker helped pass the American Recovery and Reinvestment Act, the Affordable Care Act, and the Lilly Ledbetter Fair Pay Act.

Congressman Richard Neal, who leads the U .S. House Ways and Means Committee, said Monday that he expects the full House on Friday to pass a $1.9 trillion COVID-19 relief and economic stimulus bill.