‘We got our miracle’: Freed Americans back home in Alabama 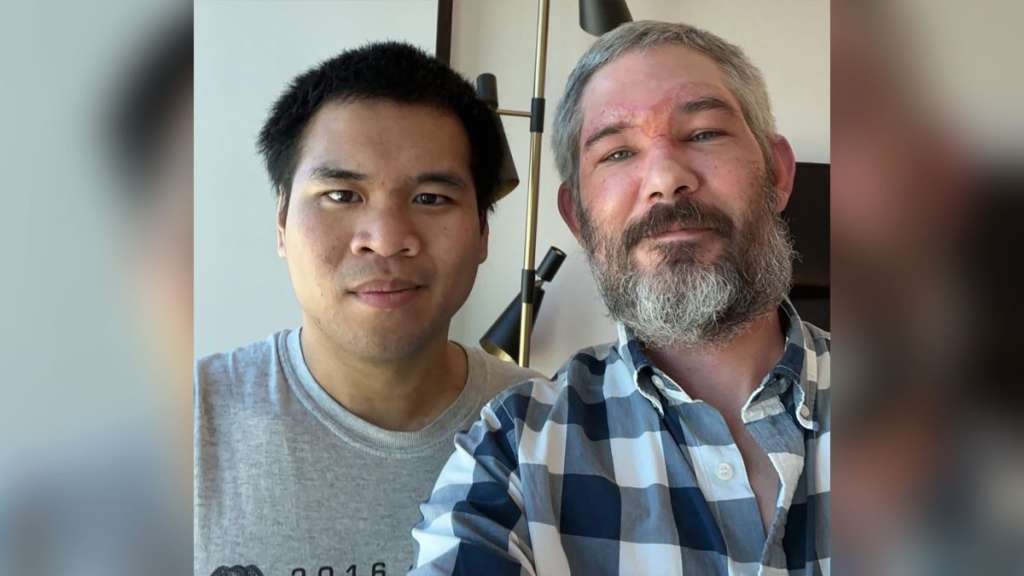 Americans Alexander John-Robert Drueke, right, and Andy Tai Ngoc Huynh, left, after arriving back in the US after being freed from Russian captivity

BIRMINGHAM, Ala. (AP) — Two U.S. military veterans who disappeared three months ago while fighting with Ukrainian forces against Russia arrived home to Alabama on Saturday, greeted by hugs, cheers and tears of joy at the state’s main airport.

Alex Drueke, 40, and Andy Huynh, 27, had gone missing June 9 in the Kharkiv region of northeastern Ukraine near the Russian border. The Alabama residents were released as part of a prisoner exchange. They pair had traveled to Ukraine on their own and bonded over their shared home state.

“It’s them!” a family member shouted as the pair appeared at the top of an escalator at the Birmingham-Shuttlesworth International Airport in Birmingham, one of Alabama’s largest cities.

Smiling but looking tired, the two were pulled into long emotional hugs by family members after their connecting flight home. Then they were whisked to a waiting car.

“Surreal. I still have chill bumps. I always imagined this day. I always held not just hope but belief in this day. But I thought it was going to be two or three years from now at best,” said Drueke’s aunt, Dianna Shaw.

“There are prisoners of war who have been held for months and years. There are people who have been detained wrongfully for years and for this to come about in three months is, just, unimaginable to me,” she added. “Even though I’m living it, it feels unimaginable, and I don’t want people to forget all the Ukrainians who are still being held.”

The families of the two men announced their release on Wednesday. The men were among 10 prisoners released by Russian-backed separatists as part of a prisoner exchange mediated by Saudi Arabia. The Saudi embassy said five British nationals and others from Morocco, Sweden and Croatia also were freed.

Darla Black, whose daughter is engaged to Huynh, said she thought, “there he is. There he is” as Huynh came into view.

“I had to get my hands on him to actually believe it. I’m just overwhelmed with gratitude. We got our miracle,” Black said.

“We’re looking forward to spending time with family and we’ll be in touch with the media soon,” Alex Drueke said shortly after arriving in New York with Huyn. “Happy to be home.”