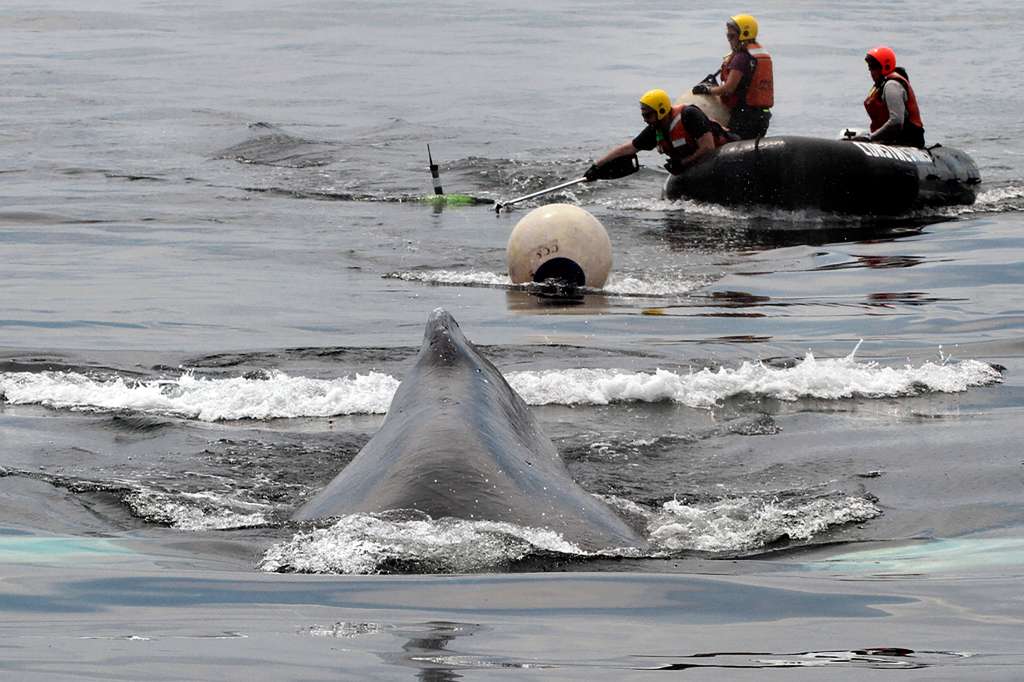 Members of the Marine Animal Entanglement Response team from the Center for Coastal Studies, in Provincetown, Mass., use a knife at the end of a 30-foot pole to cut rope and free a mature female humpback whale named Valley from its entanglement in fishing gear, Wednesday, June 9, 2021, in waters outside Boston Harbor. The effort to free the humpback whale from entanglement in fishing gear took about three days, and ended in success, marine mammal experts said Thursday. (Scott Landry/Center for Coastal Studies, NOAA permit #18786-05, via AP)

The whale, identified as a mature female named Valley, was first spotted Monday by a whale watch boat on Stellwagen Bank northeast of Provincetown, according to a statement from the Center for Coastal Studies.

The center’s entanglement response team found that the whale had a heavy line lodged in its mouth, but because sea conditions were poor, it could not be freed.

The whale moved about 25 miles north to waters outside Boston Harbor, where it become entangled in more gear anchored to the sea floor with just enough slack to swim in small circles. A lobster boat reported its position and the rescuers deployed again.

The crew on Wednesday used a hook-shaped knife at the end of a 30-foot pole to cut the rope anchoring the whale to the sea floor, then tied buoys to the rope in its mouth, and the remaining entanglement was pulled free.

It appears that Valley had been entangled for weeks or months, the center said, adding that the mammal’s prognosis is good.