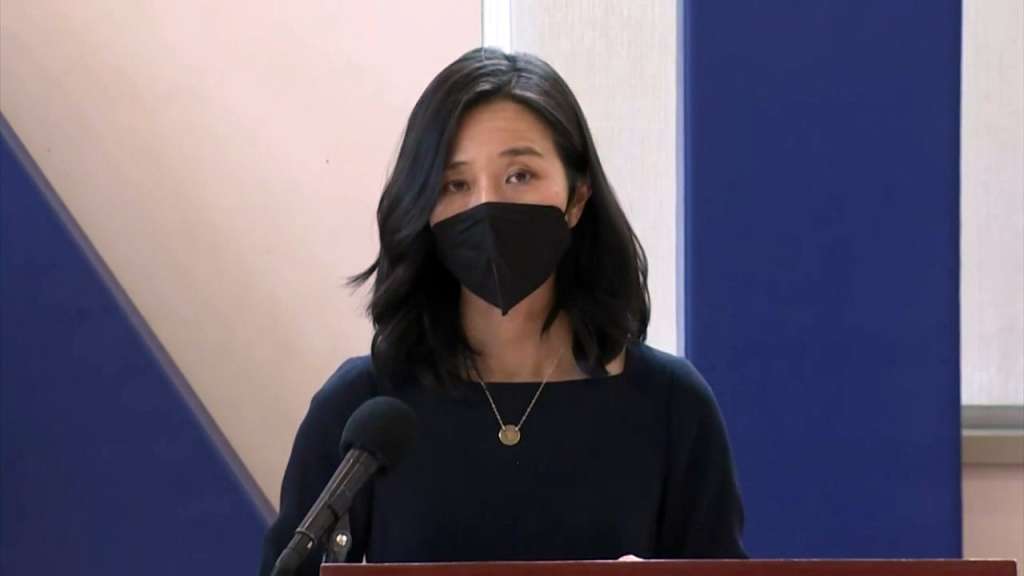 BOSTON (WHDH) - Policymakers across the state and local level need to deploy “every last bit of political will” to reinvigorate hiring at the short-staffed transit agency, Boston Mayor Michelle Wu said Monday.

Wu, who campaigned on a platform of expanding access to low- or no-cost transit, said the T’s two most significant problems are its depleted workforce and a “lack of public confidence” in the wake of repeated safety issues and service disruptions.

“We need to be throwing every possible bit of political will and energy at them,” Wu said in an interview on WBUR’s “Radio Boston” about the series of problems facing the T. “Yes, we need to figure out plans to move and accelerate the repairs and all the projects that are low-hanging fruit like electrification and the Red-Blue Connector and accelerating West Station, but right now, we don’t even have enough signal dispatchers on staff to be able to run all of our subway lines at the frequency that they physically could be running.”

“We have to do everything possible to address this shortage,” she added.

Federal investigators estimate the MBTA is up to 2,000 employees short of the workforce it needs to run current service levels, but the agency is not alone struggling to hire.

Wu recalled challenges the city faced trying to get enough school bus drivers and the “creative” solutions her administration deployed, which included increasing compensation levels as well as hiring drivers who do not yet have commercial licenses and paying them to receive that training.

A frequent MBTA commuter, Wu said her regular Orange Line trip has improved in the wake of a month-long shutdown of the line. That’s a contrast from many riders who continue to face sluggish, even slower rides to and from points north of downtown Boston more than a month after service resumed.

“What the data shows is most of the slowness of the Orange Line is actually on the northern half, coming in from Malden into Haymarket,” Wu said. “I’m on the total other end, coming in from Forest Hills to State Street. It has actually been better and it has been smoother and many of the slow zones do feel a lot better.” – Chris Lisinski/SHNS