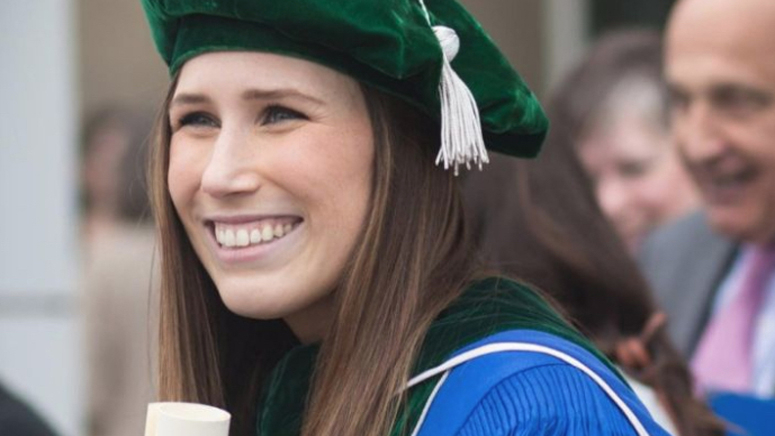 (WHDH) — A young doctor died over the weekend following a fierce, monthslong battle with COVID-19, her family said.

Adeline Fagan, 28, of New York, passed away in Houston on Saturday after falling ill in early July, Syracuse.com reported. Her father, Brant Fagan, confirmed her death in an update on her gofundme page.

“Our beautiful daughter, sister, friend, physician, Adeline Marie Fagan, MD passed away,” Brant wrote. “We want to sincerely thank all who supported Adeline and us through this difficult time. You were all there cheering and praying and crying.”

Adeline, an OB/GYN resident physician in Texas, went to work on the morning of July 8 feeling well but she “began to feel under the weather” by the time her 12-hour shift ended, according to family.

“What started as intense flu-like symptoms escalated within the week to a hospital stay,” a post on the page said. “Adeline spent the next few weeks battling COVID and was treated with several different respiratory therapies and put on dozens of drugs.”

Adeline later decided to begin an experimental drug trial but her lungs failed before doctors could find out if the new treatment could prove effective, family said. She was intubated and placed on a ventilator on Aug. 3 and hooked up to extracorporeal membrane oxygenation the next day.

Her family said she was projected to be on the ventilator and ECMO for at least six to eight weeks.

Brant said Adeline had been “doing wonderfully” until she suddenly developed a “massive brain bleed.” A neurosurgeon reportedly said that Adeline had a “one in a million” chance of surviving a procedure to reduce pressure.

Doctors told Adeline’s family that they have seen similar developments in COVID patients who spend time on ECMO. Adeline would have been left with severe cognitive and sensory limitations if she had survived the procedure.

“We spent the remaining minutes hugging, comforting, and talking to Adeline,” Brant recalled. “Then the world stopped.”