Ben Roethlisberger: ‘This could be it,’ says quarterback as he prepares for likely last dance in Pittsburgh 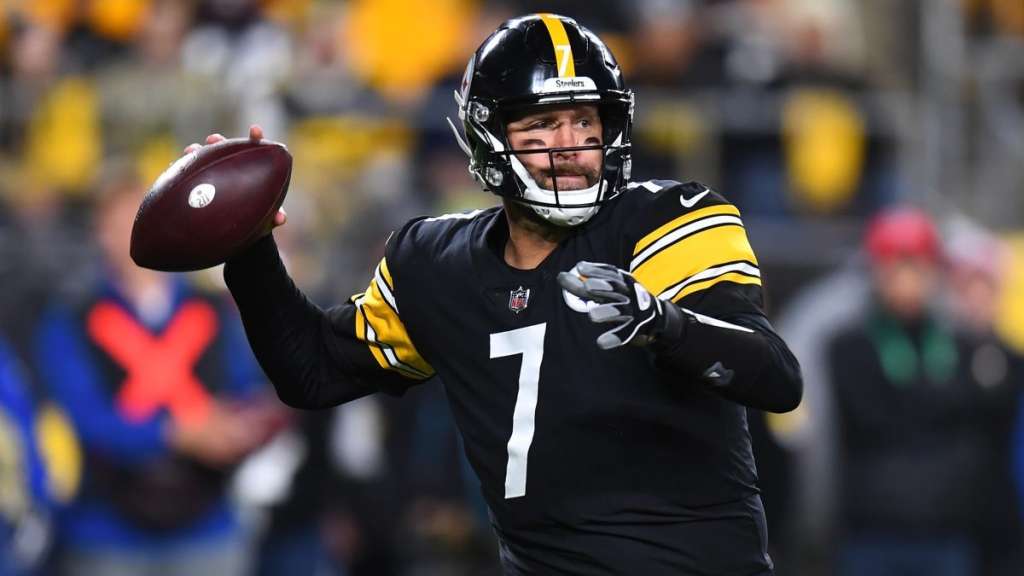 (CNN) — Pittsburgh Steelers quarterback Ben Roethlisberger has said that Monday Night Football’s crucial game against the Cleveland Browns could be his last at Heinz Field.

Nearing the end of his 18th season in Pittsburgh, the 39-year-old has the fifth most passing yards in NFL history — his 63,721 yards putting him second only to all-time leader Tom Brady among active players and over twice as many as any other previous Steelers quarterback.

Yet any hopes of catching Brett Favre in fourth look set to be dashed, with Roethlisberger indicating that — while he doesn’t speak in “definites” or “guarantees” — Monday will be his last regular season outing in Pittsburgh.

“Looking at the bigger picture, I would say all signs are pointing to this could be it — regular season, that is,” Roethlisberger told reporters on Thursday.

“I know we still have a chance to potentially get a playoff game there if things fall our way and we take care of business and things have to happen. But, in the grand scheme of things — in terms of regular seasons — signs are pointing that way that this could be it.”

Level at 7-7-1 for the season in the AFC North with the Browns (7-8) and the Baltimore Ravens (8-7) to come, the Steelers remain in the hunt for a playoff spot that would potentially extend Roethlisberger’s long goodbye and offer him a shot at a third Super Bowl title.

Though requiring a major collapse from the in-form Cincinnati Bengals (9-6) to win the division, two consecutive victories in their last two games could see the Steelers sneak through as a wild card.

“If this is indeed my last regular season game [at Heinz Field], it’s going to be one of the most important games of my career,” Roethlisberger added.

“I’ve been so blessed to play in front of the best fans in all of sports at the best venue. What better way to have a last regular season potential game than Monday Night Football against a division opponent?

“I just want to win the football game, that’s all that matters to me.”

Ahead of Monday’s game — and every NFL game this weekend — there will be a moment of silence held in honor of the late John Madden, 85.

The legendary Hall of Famer coach and broadcaster died on Tuesday, and a memo sent to all home teams by NFL Commissioner Roger Goodell — obtained by ESPN’s Adam Schefter — asked for a seven second silence to be held prior to the national anthem.

“Ladies and gentleman, earlier this week the NFL family lost a Hall of Fame coach, broadcaster and friend with the passing of John Madden,” the memo’s recommended stadium announcement read.

“At this time, please stand and join in a moment of silent reflection in memory of John Madden, who had an indelible impact on football, the NFL and generations of fans.”