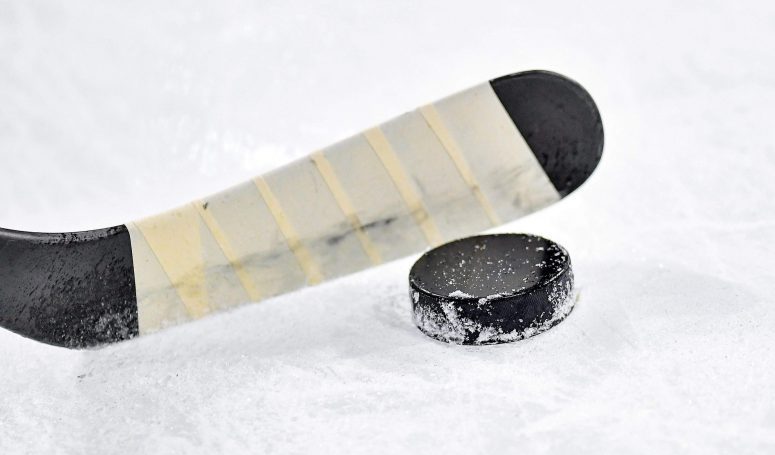 Steven Stamkos and the Tampa Bay Lightning are accustomed to short offseasons.

This one, the Lightning captain said, “wasn’t as fun as the previous two.”

The Stanley Cup relocated to Colorado after the Avalanche dethroned the two-time defending champion Lightning in a six-game final in July.

The Eastern Conference, however, still seems very likely to run through Tampa Bay. Despite another round of offseason, salary cap-forced departures, the Lightning believe they remain the team to beat.

“Sure, there are a lot of factors that are going against us in terms of losing some good players, and people are going to talk about the core getting a little older,” Stamkos said. “But I still think that we’re a team that’s going to be competing for the Stanley Cup at the end of the season.”

Minus defenseman Ryan McDonagh and winger Ondrej Palat, the Lightning still feature a playoff-tested core that enabled them to become the NHL’s 14th franchise to reach the final in three consecutive seasons, and first since the Edmonton Oilers did so from 1983-85.

It’s a group coached by Jon Cooper entering his 10th season, and a lineup that also includes Nikita Kucherov, Victor Hedman and Andrei Vasilevskiy, the NHL’s only goalie to finish in the top five in the Vezina Trophy voting in each of the past five seasons.

“We’ve got a few new faces, fresh blood for our team,” Vasilevsky said. “And we’ll do or best to get back on top.”

It won’t be easy.

The degree of difficulty steepened following an offseason in which the shift in talent tilted heavily eastward.

The additions reflect a growing arms race among teams that have spent the past few seasons — and longer — rebuilding through youth (Columbus, Ottawa, Detroit, New Jersey and Buffalo), and the traditional elite seeking to maintain their hold on one of the top eight spots.

The talent splurge follows a season in which 16 points separated eighth-place Washington and the ninth-place Islanders, the largest differential between the final playoff qualifier and its nearest rival since the NHL went to an East/West format in 1993-94.

“It’s full steam ahead,” Blue Jackets defenseman Zack Werenski said. “The East is obviously tough. But it’s one of those things where I feel like we’re all a year older now. We add a piece like Johnny, there’s no reason we can’t make the playoffs.”

Bruins GM Don Sweeney has taken notice and is doing his best to stay ahead of the pack with a new coach in Jim Montgomery, and a lineup that will open the season missing Brad Marchand (hip surgery), Charlie McAvoy (shoulder surgery) and potentially Taylor Hall (upper body).

“You look at Florida, they made a lot of changes and they’re not looking to take any steps back. And neither are we,” Sweeney said. “You can’t not look in your rearview mirror.”

The New York Rangers made, perhaps, the biggest jump during a season in which they finished with 110 points and rallied to beat Pittsburgh and Carolina in seven-game playoff series before finally running out of steam against Tampa Bay in the East final.

And yet, nothing is a given, Rangers captain Jacob Trouba said.

“We were obviously in the Eastern Conference finals, and we were also one game away from being out in the first round. So, you can look at it both ways,” Trouba said. “You can’t really get too ahead of yourself.”

In a sign of just how competitive the East is, the offseason coaching carousel was not limited to non-playoff teams. Aside from Montgomery in Boston, the Presidents’ Trophy-winning Panthers went with experience in hiring former Jets coach Paul Maurice to replace Andrew Brunette.

Is this the season the Toronto Maple Leafs shed the label of playoff pushovers? GM Kyle Dubas is on the hot seat entering the final year of his contract, and he’s sticking with a roster coming off its latest first-round collapse.

Toronto hasn’t won a playoff round since 2004 and has lost the decisive game in each of its past five appearances.

“I think it’s a real vote of confidence to keep our group together because there’s belief there that we have people in place where we can succeed,” defenseman Morgan Rielly said.

Speaking of early exits, Capitals GM Brian MacLellan isn’t pleased with Washington getting knocked out in the first round four years in a row since winning the Cup in 2018.

“Everybody is a little frustrated that we haven’t had more success,” MacLellan said of the Capitals bowing out in six games to Florida after enjoying a 2-1 series lead. “We all should be motivated to get beyond that point, and I think it’s important for this group to do that.”

“It’s definitely going to be stressful for my parents, especially my mom,” Brady said, noting his mother has instituted a no-fighting rule between the two. “That rule will not be broken. … I expect more battles but never cross the line.”