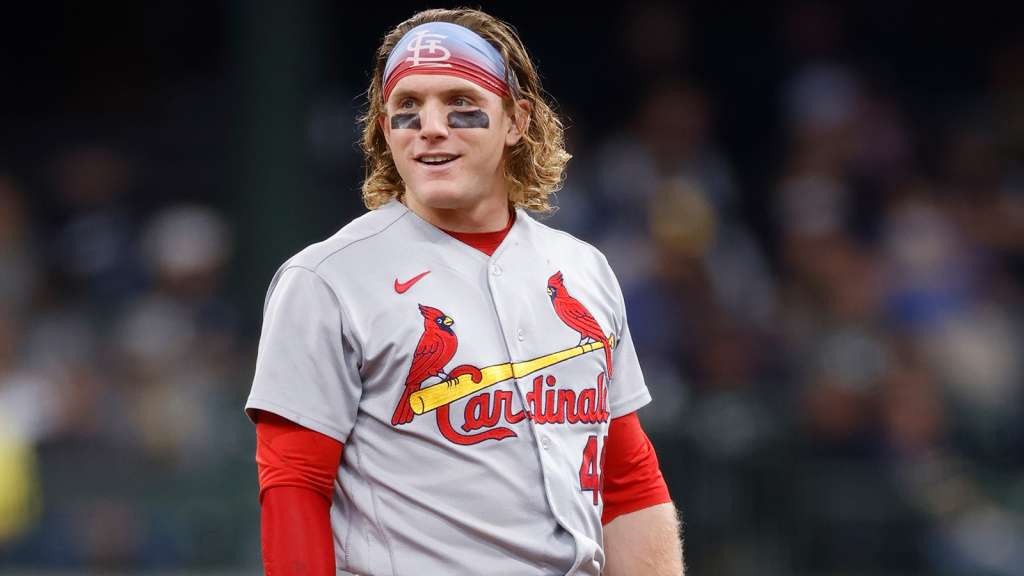 (CNN) — Schools around the country have been experiencing teacher shortages, but one elementary school had a Major League Baseball star help pick up some of the slack.

Harrison Bader, a center fielder for the St. Louis Cardinals, surprised students at Meramec Elementary School in Clayton, Missouri, on Monday when he showed up as their PE teacher.

Principal Patrick Fisher told CNN that like all schools his staff has been spread very thin, but Missouri Senator Brian Williams told him Bader was interested in helping out. Fortunately, Meramec was in need of a PE teacher, so the kids were told they had a special visitor.

“Being a substitute science or math teacher, even at that level, would be above my pay grade,” Bader told CNN affiliate KSDK.

Fisher said Bader hung out with the kids for an hour, and even let them teach him a game of theirs.

Before he left, Bader signed some of the kids’ hats and other Cardinals gear they were wearing, Fisher said.

“It was really just a way to boost morale for the kids to have a lot of fun and make some memories,” the principal said.

“It’s been a bit of all-hands-on-deck, so when somebody like your local representative — or here in St. Louis, the Cardinals have a special place in the community — reach out to the schools, it really does makes a big difference.”

Clayton is based on the outskirts of St. Louis, about 10 miles from Busch Stadium, home of the Cardinals.

Fisher said Bader’s volunteerism was one adults can help. “I just want to encourage anyone else to reach out to their local schools and see what they can do to help out, because it’s a widespread issue,” Fisher said.

Thousands of schools did not reopen last week after the winter break because of Covid-19. In Boston last week, 1,000 Boston public school staffers — including 650 teachers — were out.

In Greensboro, North Carolina, the school district suspended school bus transportation for eight of its high schools beginning Monday because of the “severe bus driver shortage made worse by rising Covid-19 cases,” a statement from Guilford County Schools said. The district offered free rides on city buses instead.

Clark County Schools in Las Vegas announced Tuesday in a statement that they would be taking a five-day pause due to staffing issues.