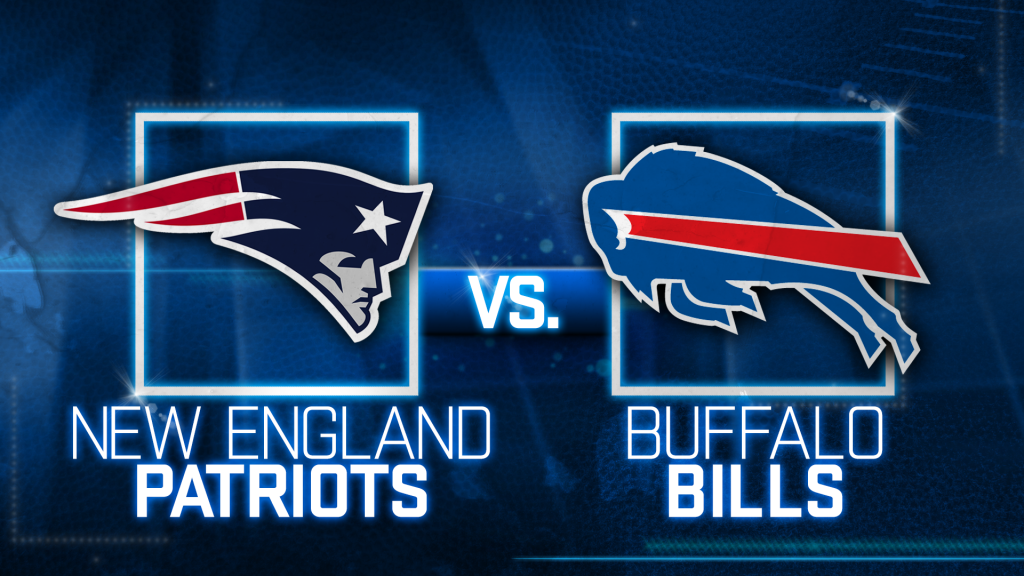 FOXBOROUGH, Mass. (AP) — “Control what we can control” is a mantra often regurgitated by New England players soon after they are indoctrinated into Bill Belichick’s conformist culture.

The Patriots (8-8) somehow have control of their playoff fate entering the final week of the season — even after a year marred by poor offensive play and some befuddling moments in recent losses.

Not surprisingly, the defensive-minded Belichick has that side of ball to thank for the opportunity his team will have on Sunday.

When the Patriots have needed a game-changing play this season, often it’s been their defense that has answered the call. The latest example — Kyle Dugger’s third-quarter, go-ahead interception return for a touchdown in New England’s 23-21 win over Miami — has set the Patriots up for a one-game showdown with the Buffalo Bills.

Win and they are back in the playoffs. Lose and their season is almost certainly over.

“Right now, the only thing that matters is Buffalo. So, it doesn’t matter what did or didn’t happen some other week or series of weeks or anything else. We’ll see what happens against Buffalo,” Belichick said Monday. “We’re in a one-game season and need to play well against one of the most explosive offenses and certainly one of the top players in the league.”

That player is, of course, Josh Allen, who threw for a pair of touchdowns in the Bills’ 24-10 win in Foxborough last month.

Including the playoffs last season, the Bills have won their last three meetings with New England.

But none of that will be on the Patriots’ minds this week.

“We’re going to go out there and play together, give it our best shot for 60 minutes. I think that’s something we can live with,” safety Devin McCourty said. “Anything else I think will crush us as individuals. I think that’s why you see this team coming out here next week, practice our butts off, go out there in Buffalo and try to get in the playoffs.”

New England’s defense was impressive on Sunday even without key members of the secondary.

The Patriots were tasked with slowing down Tyreek Hill and Jaylen Waddle despite missing defensive backs Jalen Mills (groin), Jack Jones (placed on injured reserve with a knee injury) and Marcus Jones (concussion).

Jonathan Jones and Myles Bryant started at cornerback, along with practice squad call-up Tae Hayes providing support in certain alignments. To help them out, the coaching staff stuck mostly to zone schemes. Hill and Waddle were targeted 12 times but were limited to a combined seven catches for 107 yards and no touchdowns. Tight end Mike Gesicki had two catches for 18 yards and a TD.

As good a job as the defense did against the Dolphins — who had to use both their backup and third-string quarterbacks — the Patriots will be in a much better position against the Bills if they get back some of their missing defensive backs. If not, Allen could have a field day.

Dugger. His 39-yard pick-6 was his third defensive TD of the season. He also had a 59-yard fumble return for a touchdown against Detroit on Oct. 9 and a 16-yard pick-6 at Las Vegas on Dec. 18. The last NFL player with three defensive TDs in a season was Darius Slay of Philadelphia last year.

Left tackle Trent Brown added to his penalty total, getting flagged for a false start in the second quarter. He’s tied for the NFL lead with 13 penalties on the season.

Receiver Jakobi Meyers injured his shoulder on his 1-yard TD catch in the fourth quarter. He said afterward he expected to be fine for this week. In addition to the injuries to Mills, Jack Jones and Marcus Jones, wide receiver DeVante Parker and tight end Jonnu Smith sat out with concussions.

14 — The number of yards Rhamondre Stevenson needs to reach 1,000 rushing yards for the first time in his career. It would be the first 1,000-yard season for a Patriots player since 2016, when LeGarrette Blount rushed for 1,161 yards.

The Patriots were treated to an unseasonably warm game-time temperature of 51 degrees against the Dolphins. But the early forecast for their Sunday’s road showdown with the Bills calls for a temperature of 32 degrees.