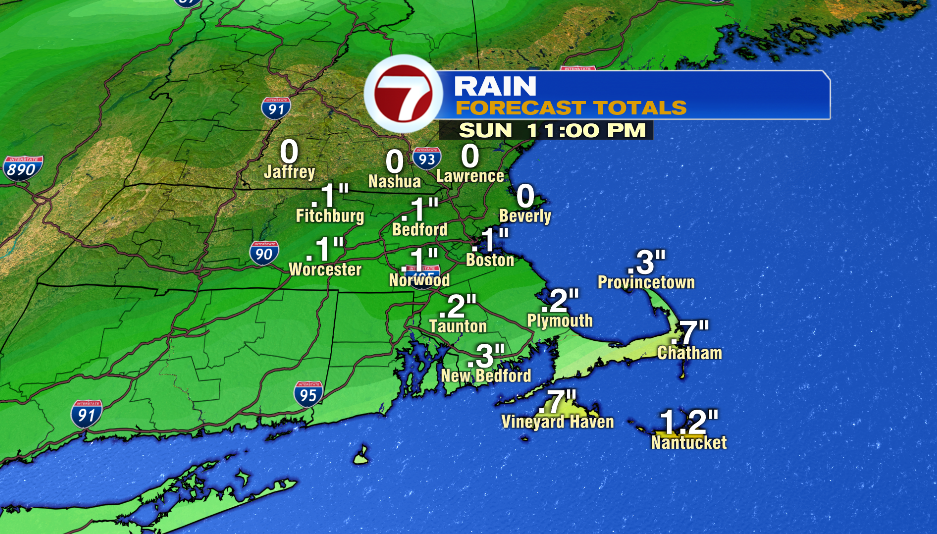 7Weather- We’ll see a few showers to end the weekend, and then sunshine returns to kick off the week.

Showers end for metro Boston between 3-4PM, and between 4-6PM for SE Mass. 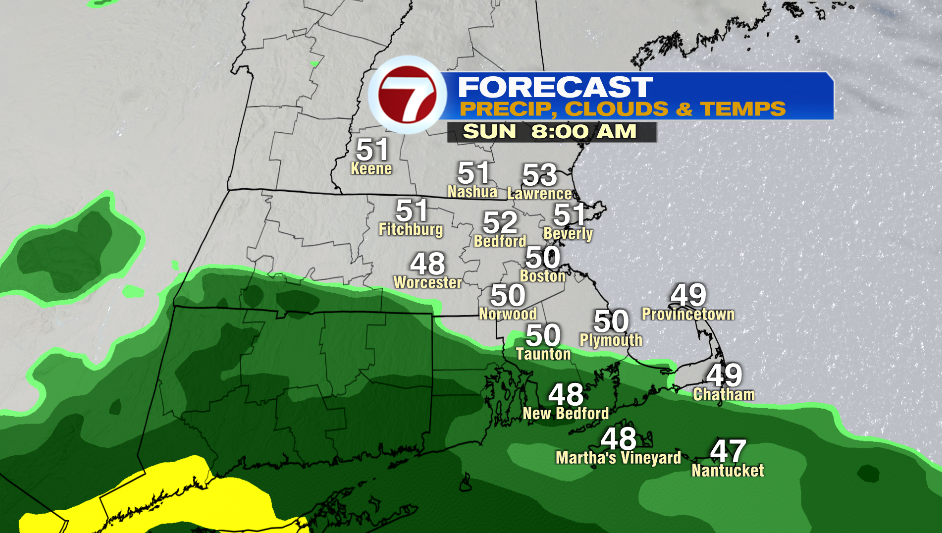 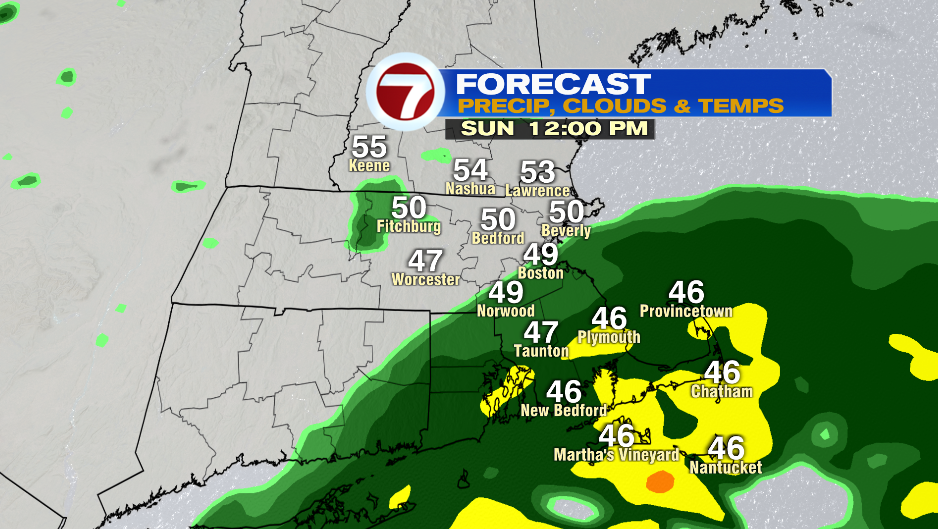 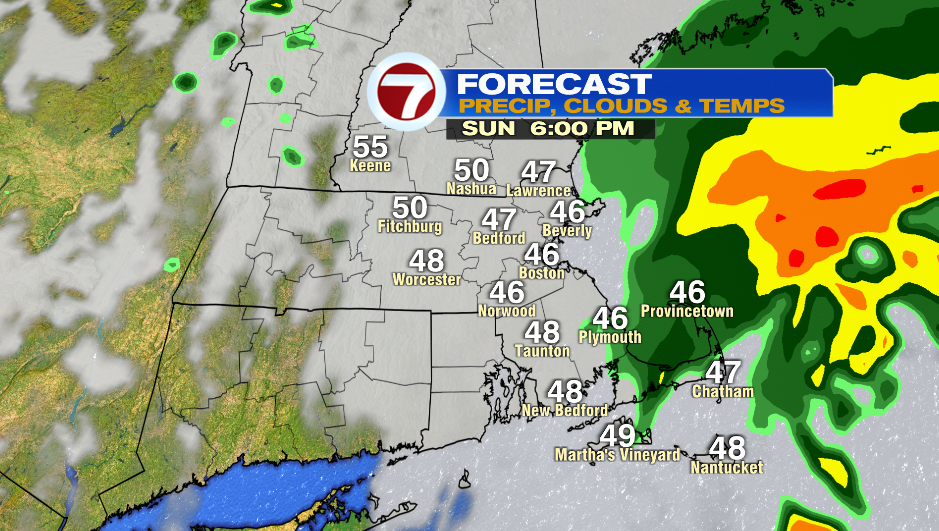 The wet weather and clouds move out Sunday night, and then the week starts with sunshine. It won’t be as nice as it was today on Monday, but it won’t be too bad. There will be a gusty breeze around, and highs reach into the upper 50s. Tuesday is the pick of the week with mainly sunny skies and temperatures in the low 70s. 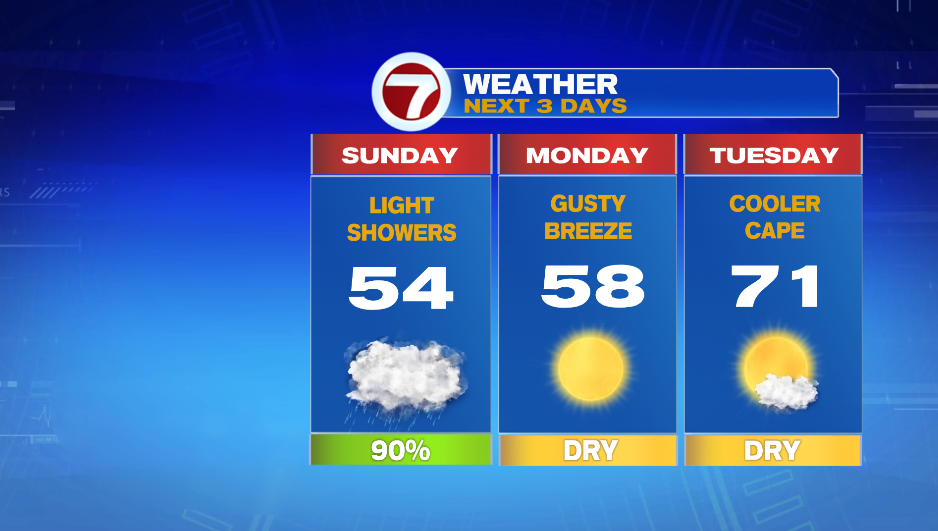 Pollen count is down tomorrow with the wet weather, but it’s back up to severe Monday – Wednesday next week. 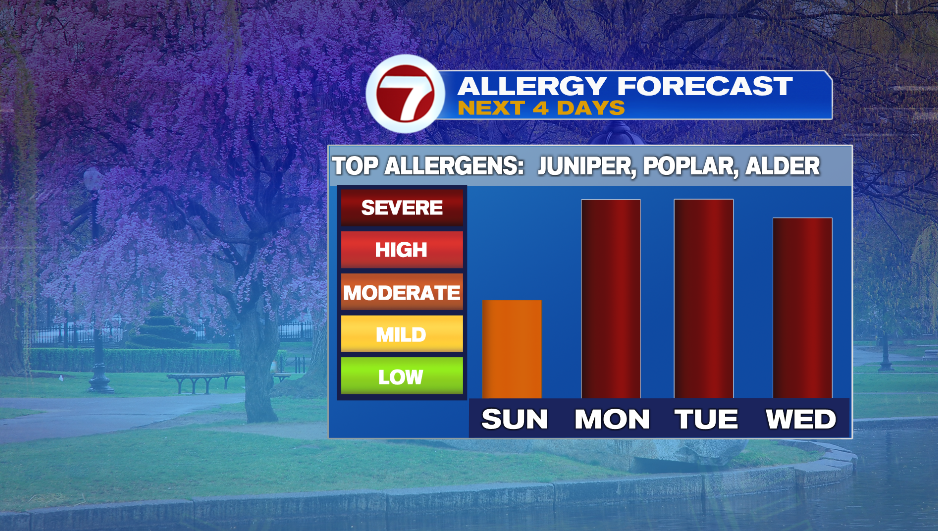 It looks like a back door cold front moves in late on Wednesday. As long as it moves in throughout the evening, highs make it into the mid 70s. 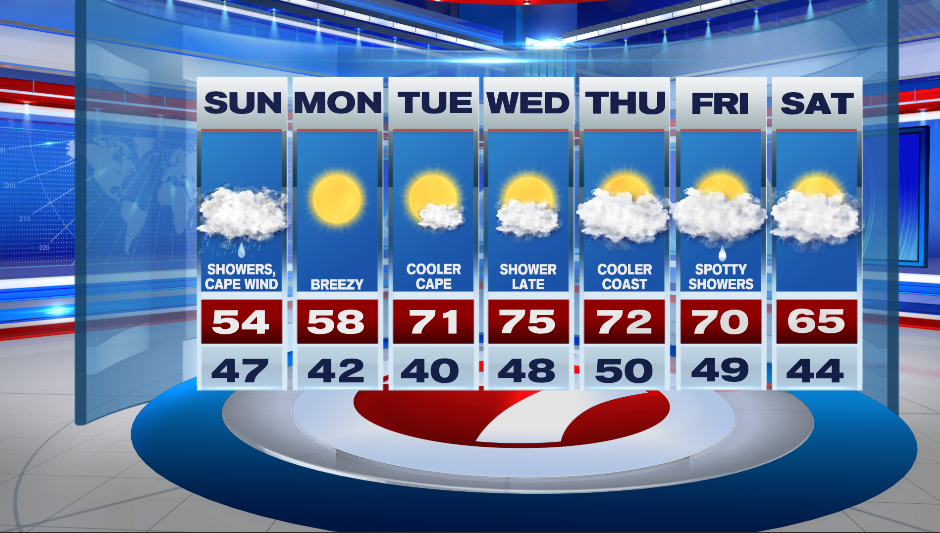