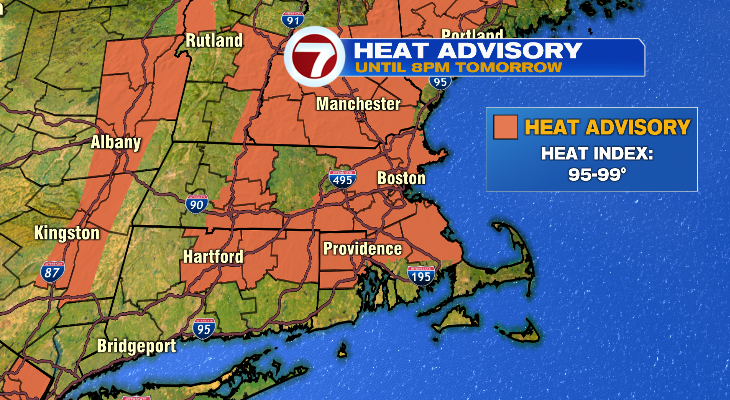 Another 90 degree day in the books which means an official heat wave for many of us. A few spots not getting in on the heat wave action — obviously the Cape and the Islands but also Worcester! Worcester’s high temperatures the past three days have been 87, 89, and 89. So nothing to show for this early season heat!

Getting temperatures in the 90s in June or even May for that matter is far from out of the ordinary. What’s a little unusual is getting three back to back to back this early. This is officially the 8th earliest heat wave on record for the city of Boston.

Also unusual is the amount of 90 degree days we’ve had so far. Boston now up to 5 and on average we see our first 90 degree day on June 8th… which would be tomorrow.

But we’re not done yet! We’ll tack on another day tomorrow, increasing that tally by one more for most towns.

So it’s another good beach day tomorrow but watch for a chance of a pop up storm both tomorrow and Wednesday. The chance is small but if you’re sitting on the beach, watch out for some darkening skies. With the heat and humidity they could be pretty good storms and certainly produce some downpours.