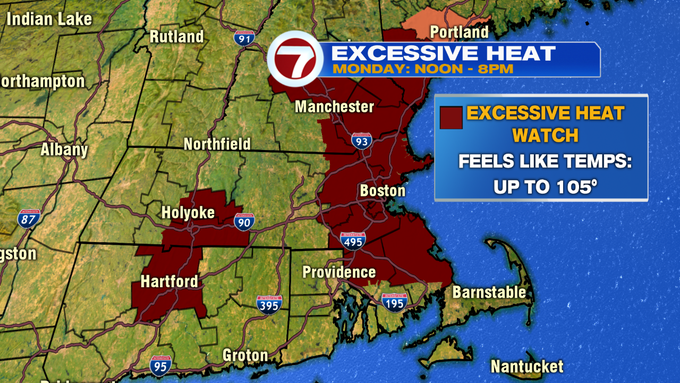 Although a few locations reached 90 yesterday, many locations will begin their heat wave this afternoon when temperatures swell in to the low to mid 90s, including Boston, Worcester and Plymouth. 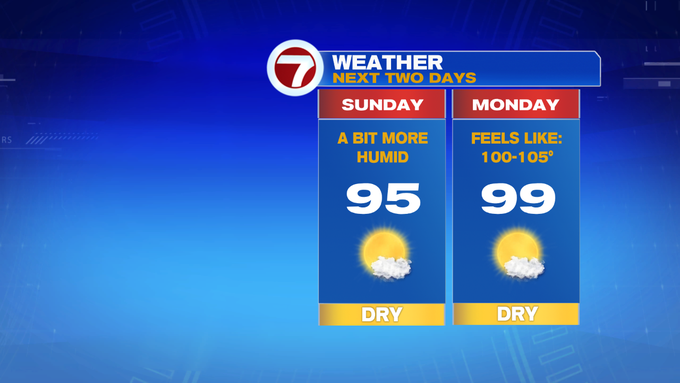 The heat wave continues into Monday and Tuesday, with highs stretching to near 100 Monday afternoon, with heat indices up to 105°.  Not only will it be hot and humid, but we’re tracking the potential for near record heat today and tomorrow.  Here’s a view of the daily record highs for Boston the next three days: 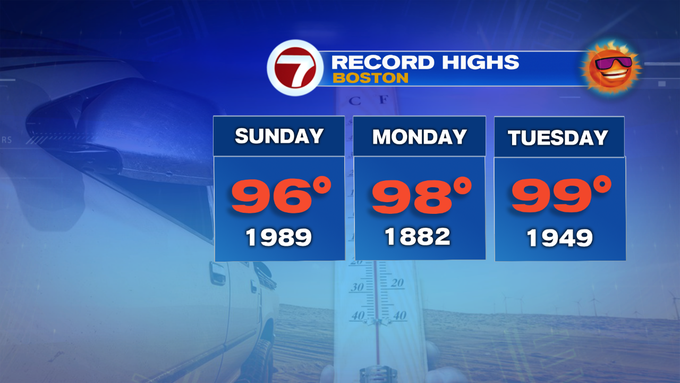 The heat and humidity likely peaks on Monday resulting in an Excessive Heat Watch which has been issued for eastern MA (areas within the 495-corridor) and portions of southern NH from noon to 8PM Monday. 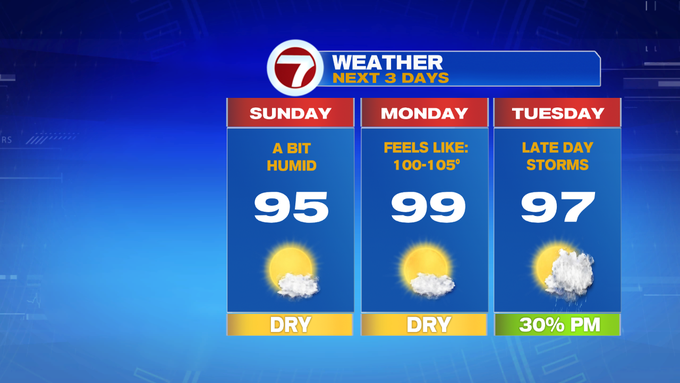 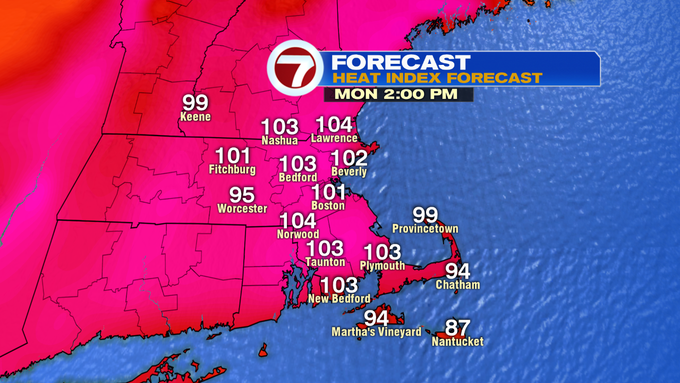 It will be another hot and humid one on Tuesday with highs into the mid to upper 90s.  The main difference between Monday and Tuesday is the threat for showers and thunderstorms ahead of a cold front late Tuesday afternoon and into the early evening depending on the timing of the cold front. 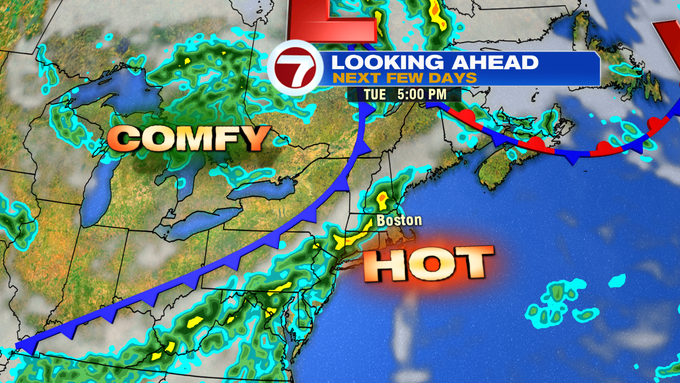 If this cold front slows as it traverses southern New England, we could see a few lingering showers and storms in early Wednesday.  Once the cold front clears the area, we should see some relief.  Highs through the end of the week are in the mid to upper 80s. 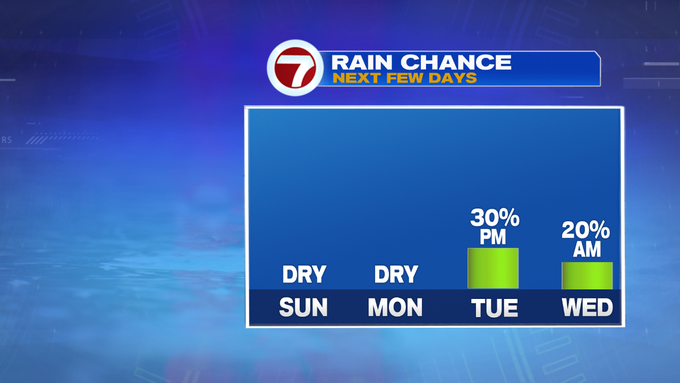 Next weekend, the first weekend of August looks to be much more seasonable with highs into the low to mid 80s. 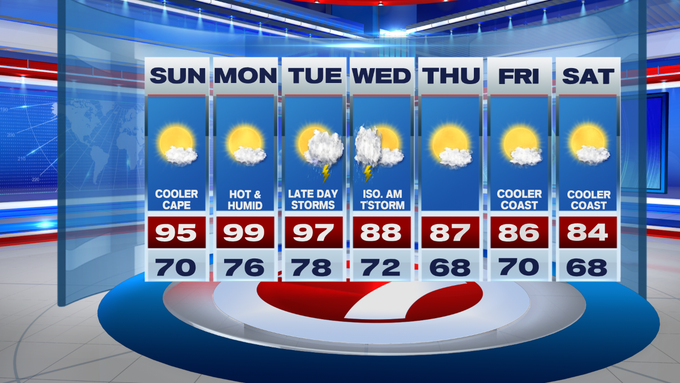