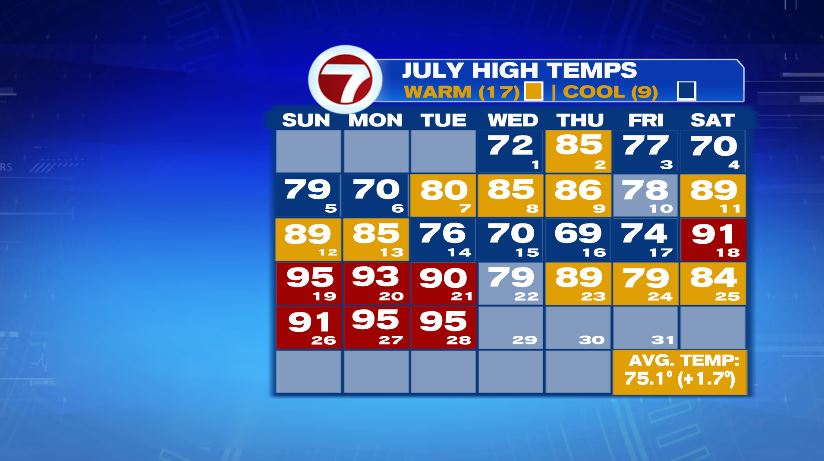 Inland areas are far beyond the eight tally. Most are now sitting in the double digits for 90 degree temperatures this year. 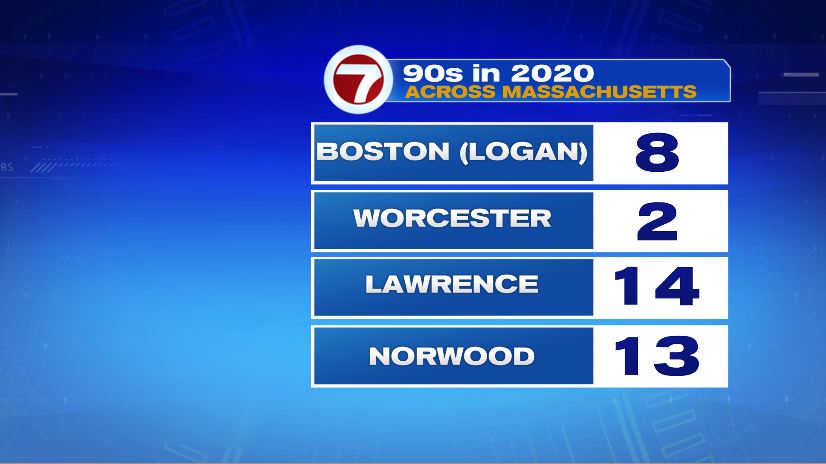 While the last two weeks may be a bit unusual for the heat, looking at the season as a whole isn’t. We typically get one or two heat waves per year. So this is, our second, is right on average. It’s also what we ended up with last year. 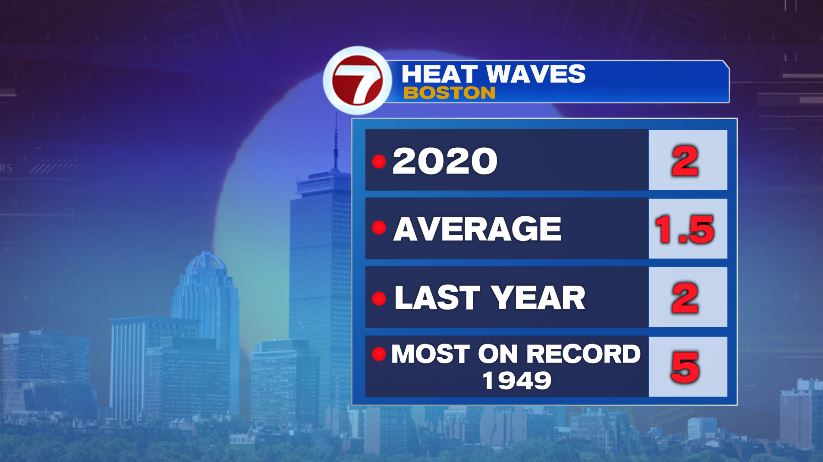 We may hit our 9th 90 degree reading in Boston today but it will be close. I think most on the coast end up 89° or 90° today while inland areas hit the low 90s. So for many the 90 tally will tack another one on today. The key though is there’s no humidity, so the 90s may actually be bearable this afternoon. 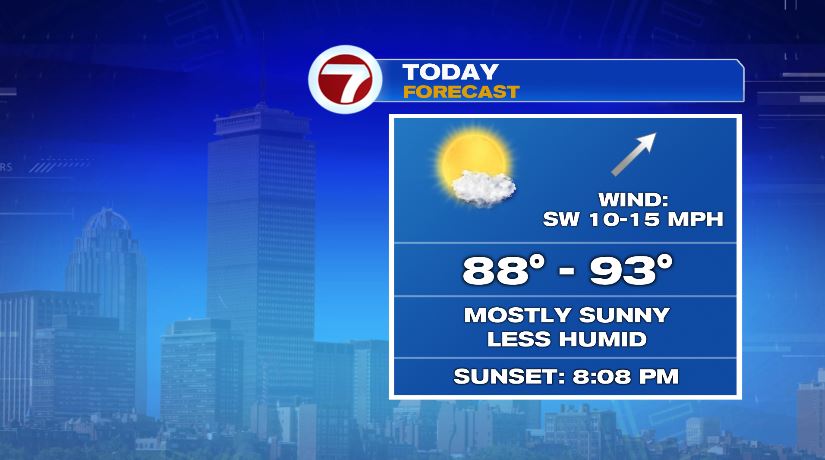 I wish I could say the humidity will stay at bay for a while but that’s not the case. Today is nice and comfortable, but probably feels even better coming off of the last few days. Sunday and Monday were muggy while Tuesday was down right tropical. By tomorrow, humidity will start to creep back up. That said, it may get stick and may get muggy, but no tropical air… at least in the next 3 days. 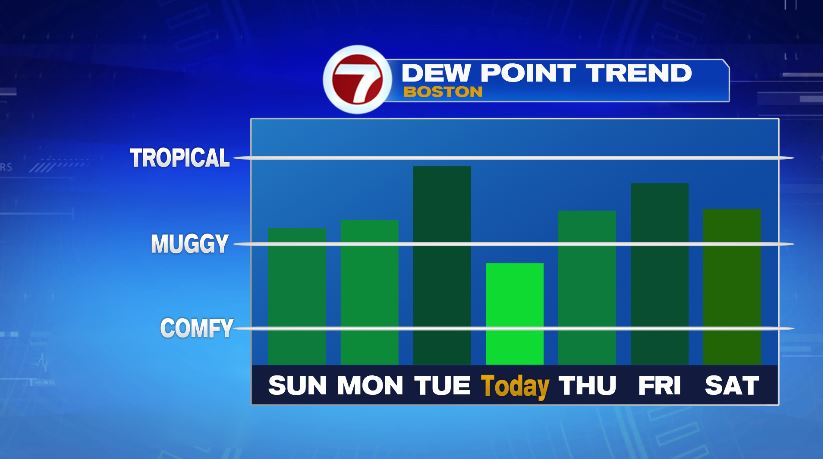 While we’re not lacking in the heat department, we are lacking in the water department. The backyards could use a drink of water but you’ll have to get the sprinklers fired up. Rain chances over the next few days are very minimal and most will stay dry until Sunday. 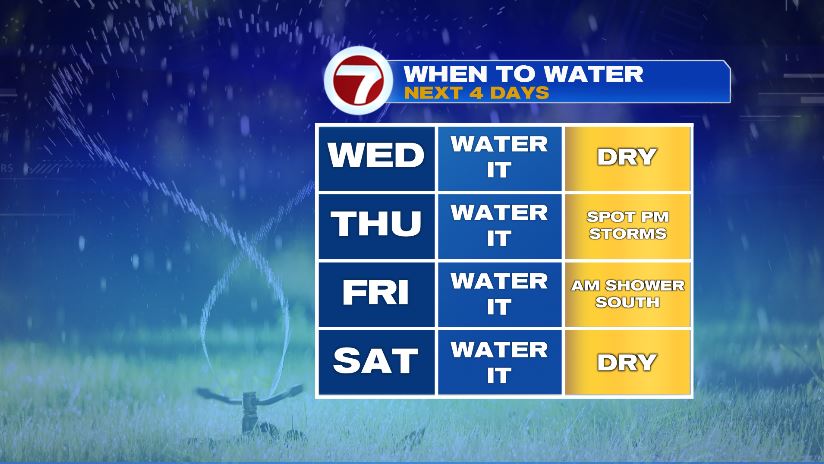