Still Very Cold Tonight, Back Into The 30s Wednesday 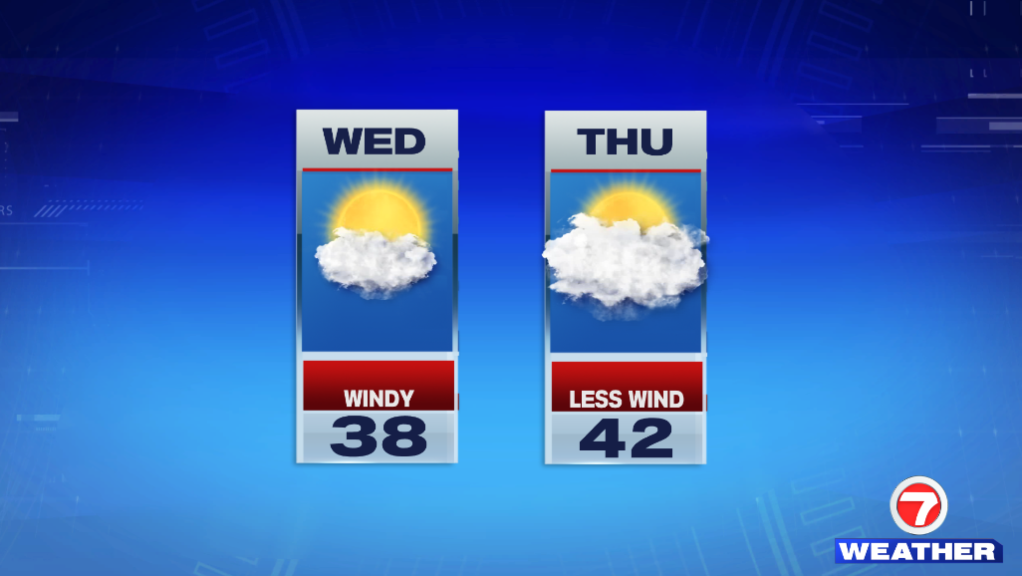 That arctic air really arrived in this morning with temperatures falling into the single digits around 8-9 AM. We even saw a few snow squalls as that frigid air moved in!

Things improve tomorrow. Temperatures will still be in the single digits early in the morning, but they jump into teens by 7-8 AM. Highs eventually make it into the mid and upper 30s. Those 30s will still feel chilly with a SW wind at 15-25mph, gusting to 35mph.

Thursday just has a light breeze with highs a few degrees above average in the low 40s. A coastal storm will be well offshore Friday, but the western edge of the storm could bring flurries to the Cape. New England will be in between that coastal storm and a high pressure system and that will make it windy.

That frigid air is back on Saturday. Morning temps are in the single digits and afternoon highs in the teens. Windy conditions will make it feel much colder. Sunday is still cold but not as bitter with temperatures in the mid 20s.

We’re keeping a close eye on a system moving in Sunday night into Monday. It looks like it will bring rain/snow and wind to New England.