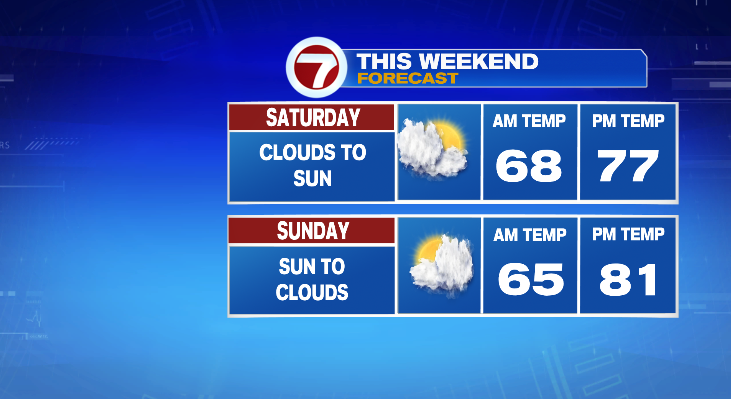 Elsa is long gone but certainly left a mark on the area. For areas along and south of Route 44, the Cape and the Island especially, it was a wind maker. For the most part wind gusts were in the upper 60s with the top gust coming in from Kalmus Beach in Barnstable — hitting 67mph. Either way, gusts in the 50s certainly enough to cause some damage… and it did.

For everyone else it was a rain storm. And rain storm doesn’t even seem to describe it. It was torrential downpours for several hours. Check out some of the rainfall totals below. Several towns picked up over 3″ of rain yesterday.

Soggy is an understatement to describe July so far. It has rained EVERY SINGLE DAY this month. Some days more than others and some were barely enough to wet the pavement but either way — rain every day. And it’s probably no surprise that this is the wettest start to July on record. In a typical July, we see about 3.3″ of rain over the course of ALL 31 days! We’re 10 days in and 2/3 of the month left to go and have well over doubled that amount!

So now that Elsa is in the rearview mirror, it’s on to the weekend and thankfully it’s dry… for the most part. I’m keeping a spot shower chance in the forecast both Saturday and Sunday but don’t let it impact your outdoor plans. Maybe keep an umbrella or rain jacket with you just in case but chances are you won’t need it. Temperatures Saturday will climb to the mid to upper 70s inland and near 80 on Sunday. Both days will feature a seabreeze which will cool the coastline.

If your weekend plans involve the beach, that’s the one place where we’re still seeing Elsa impacts. The water is still pretty churned up. Waves will be anywhere from 3-5 feet today and rip current risk is high — especially across our south-facing beaches.