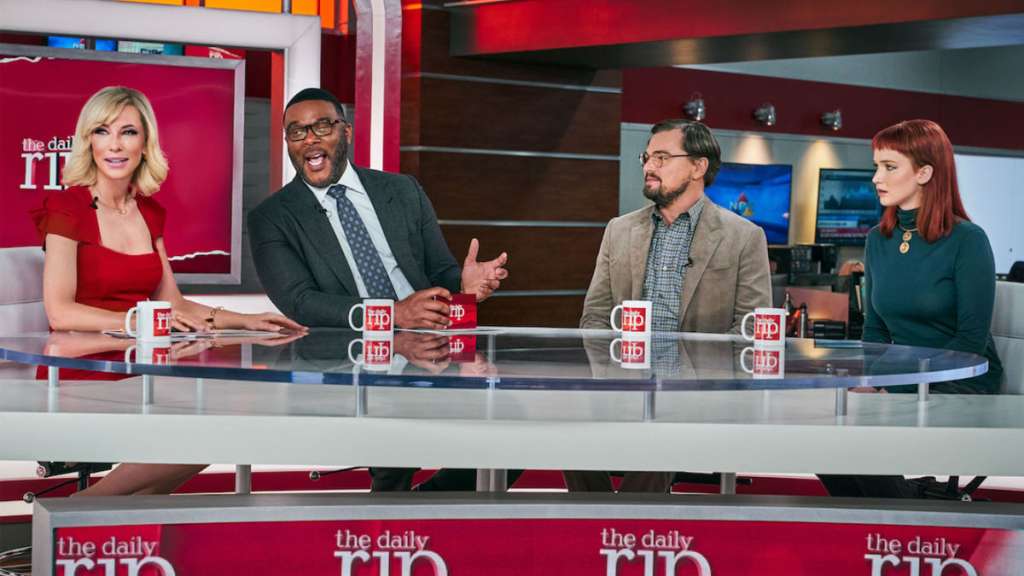 “Don’t Look Up” is about two scientists who go on a media tour to warn the world after they discover a meteor will impact Earth in six months.

“Don’t Look Up” is set to be released in select theaters on Dec. 10, before arriving on Netflix on Dec. 24.