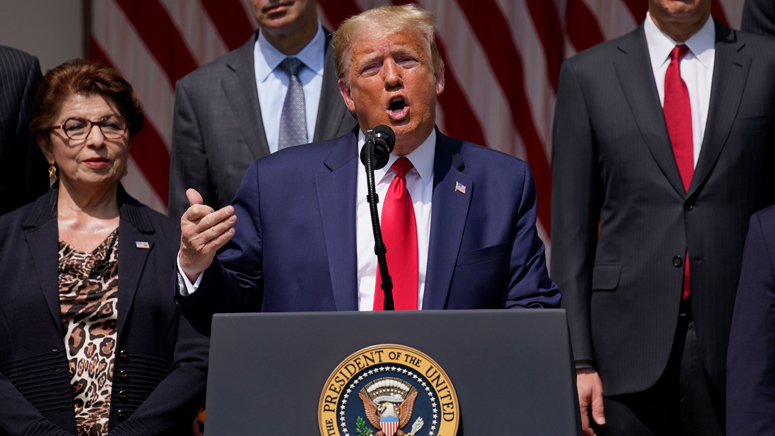 “This has a long way to go,” Trump said on Thanksgiving evening, despite the fact that President-elect Joe Biden won the election. “This election was a fraud. It was a rigged election.”

Trump spoke to reporters at the White House after speaking with U.S. military leaders overseas.

After his conversation, Trump took questions for the first time since Election Day and angrily denounced officials in Georgia and Pennsylvania, two key swing states that helped give Biden the win, as “enemies of the state” and claimed they were culprits in vote fraud.

State officials and international observers have repeatedly said no evidence of mass fraud exists and Trump’s campaign has repeatedly failed in court.

Trump said he would hold a rally with thousands of supporters in Georgia to support a pair of Republican candidates — Sen. David Perdue and Sen. Kelly Loeffler — whose runoff elections on Jan. 5 will determine which party controls the Senate.

Trump initially said the rally would be Saturday. The White House later clarified he meant Dec. 5.