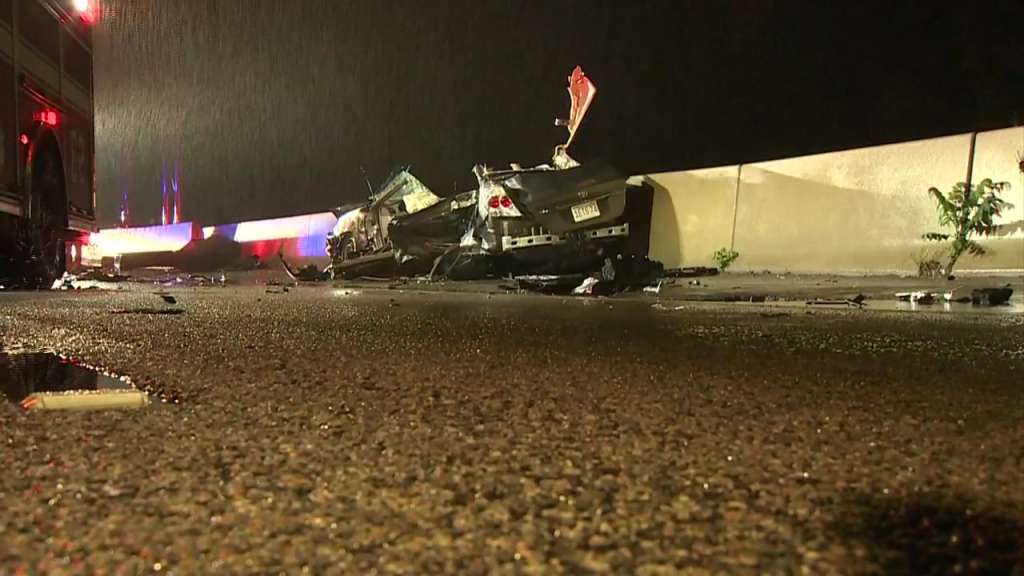 WOBURN, MASS. (WHDH) - Authorities have identified the man who was killed in a violent crash on Interstate 95 in Woburn on Sunday night.

A 2005 Toyota Camry and a 2009 Cadillac Escalade were traveling northbound on the highway prior to exit 54 around 8:45 p.m. when the Toyota veered to the right and struck a guardrail on the far edge of the breakdown lane before traveling across all four northbound travel lanes, according to state police.

The Toyota crossed the path of the Cadillac, which struck the Toyota, state police said.

The driver of the Toyota, 37-year-old Allan K. Nkoba, of Needham, was extricated from his vehicle by the Woburn Fire Department and taken to an area hospital, where he was pronounced dead, state police added.

The driver of the Cadillac, a 73-year-old Boxford man, was transported to Winchester Hospital with minor injuries.

Two juveniles passengers were also transported for an evaluation.