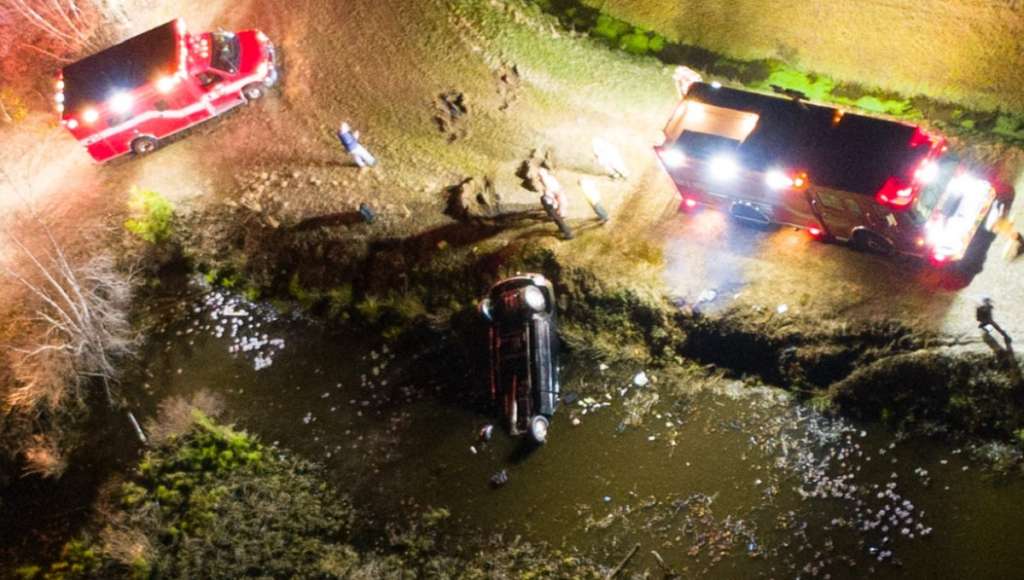 CARVER, MASS. (WHDH) - Police are investigating after a man died following a car crash into a cranberry bog in Carver Saturday, officials said.

Police responding to reports of a car in the water of a bog behind a Holmes Street building shortly before 8 p.m. found a pickup truck on its roof and partially submerged, officials said. First responders eventually pulled a 35-year-old man from the truck and took him to the hospital, where he was pronounced dead.

No other information was immediately released. The crash is under investigation.