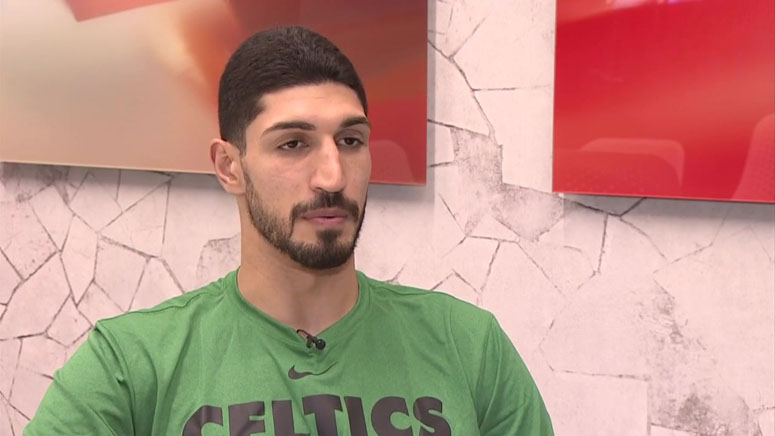 Celtics star Enes Kanter took to social media early on Friday to announce that his dad has been released from a prison in Turkey.

Kanter’s father was jailed 7 years ago by the Turkish government on terrorism charges. Kanter said it was punishment because he was so outspoken against the regime.

On Friday, though, Kanter took to Twitter and wrote in all caps “MY DAD HAS BEEN RELEASED!”

“They no longer could keep him from his freedom because of the spotlight that we put on this case! However! He is just one person, there are still tens of thousands of people wrongfully jailed in Turkey. I will never forget you, we will never forget you!,” Kanter said.

1) Wow!
I could cry
Today I found out that 7 years after arresting my dad, taking him through a Kangaroo court and accusing him of being a criminal just because he is my dad.

MY DAD HAS BEEN RELEASED!
This is due to the pressure we have put on the Turkish regime.