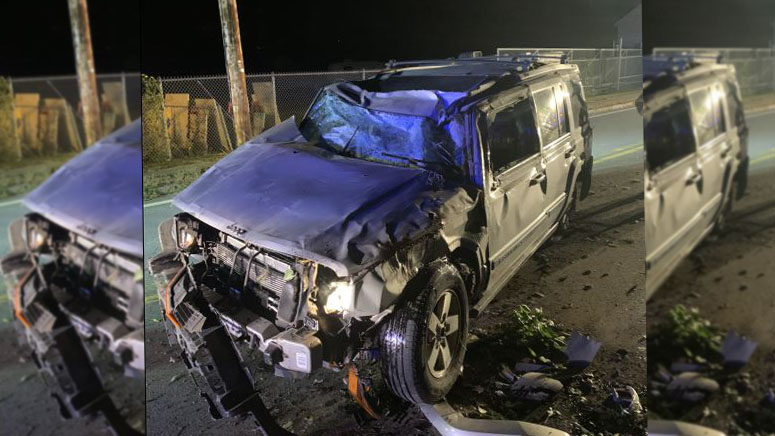 Crews responding to a single car crash at the intersection of Schofield Avenue and New Boston Road around 11:45 p.m. found a 2008 Jeep Commander that struck an embankment and rolled over, police said.

An investigation determined that the driver, Justin Charbonneau, 27, of Thompson, Connecticut, was traveling southbound when he left the roadway and crashed his vehicle.

Charbonneau was not seriously injured, but was taken to Harrington Hospital in Hubbard to be treated for injuries, officials said.

Alcohol is believed to have been a factor and charges are expected to be filed, police said.