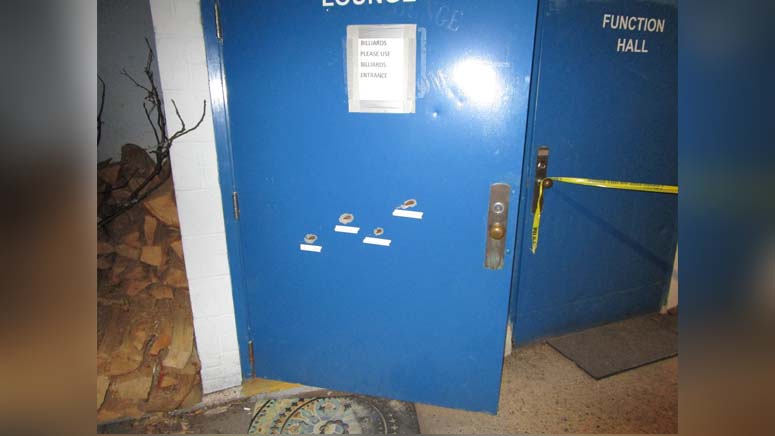 NORWOOD, MASS. (WHDH) - A Dedham man is facing charges after witnesses said he fired four gunshots into the door of a Norwood bar over the weekend.

Officers responding to reports of shots fired from the parking lot of Workman’s Hall on Wilson Street Saturday spoke with witnesses who said Michael Maher fired four gunshots into the door of the establishment after getting into an argument with the bartender, according to a post on the department’s Facebook page.

No one was hurt.

Maher was taken into custody in Westwood where officers said they recovered a .45 caliber and a .380 caliber pistol.